Bring out your dead*

The December 14th snow started off looking so seasonal and pretty... 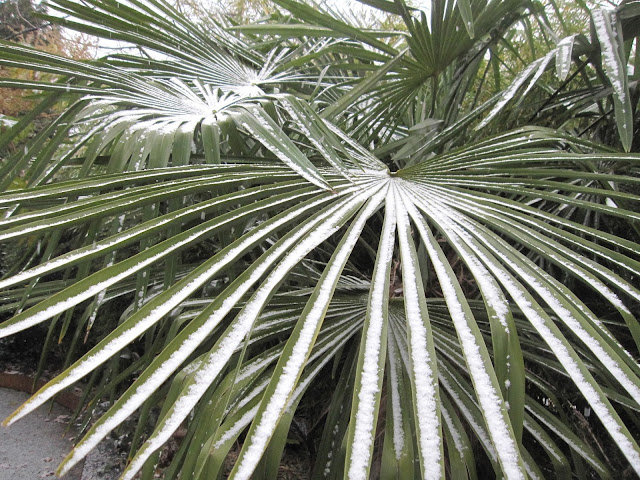 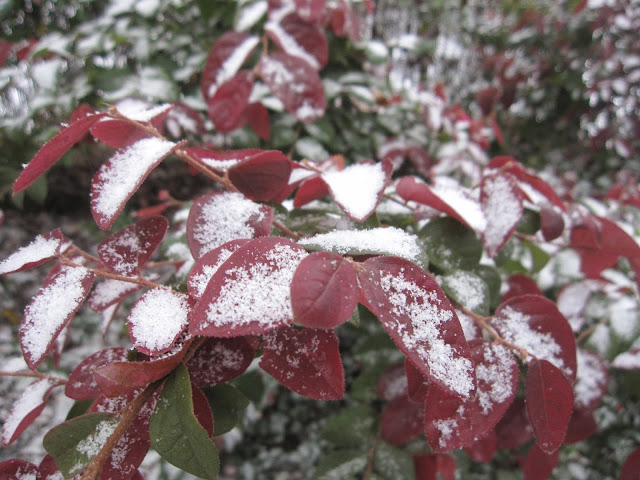 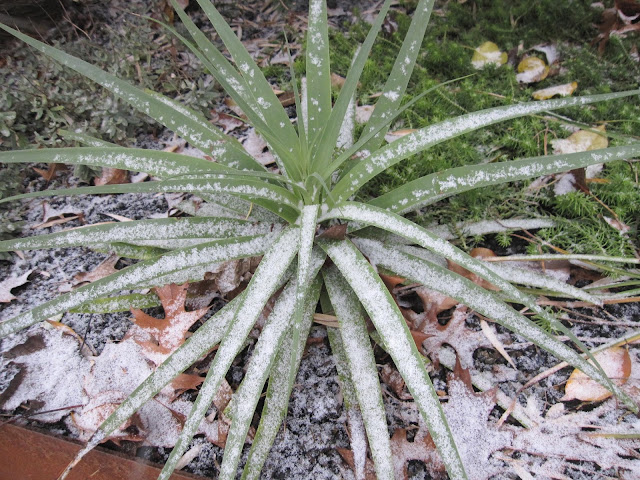 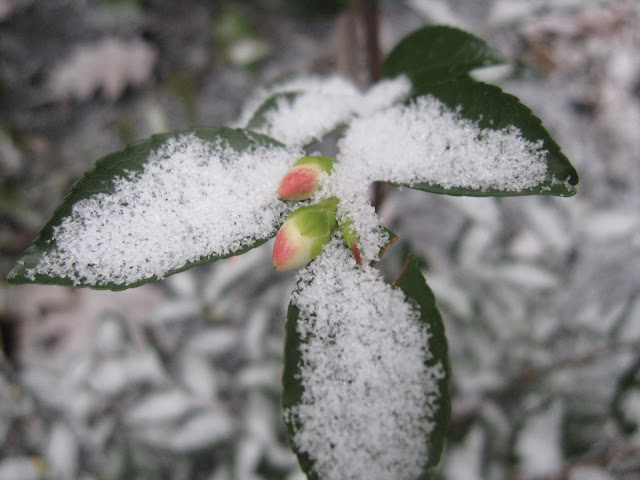 Then it turned into freezing rain and coated everything with ice. A second snowstorm in early January brought deep, heavy snow. 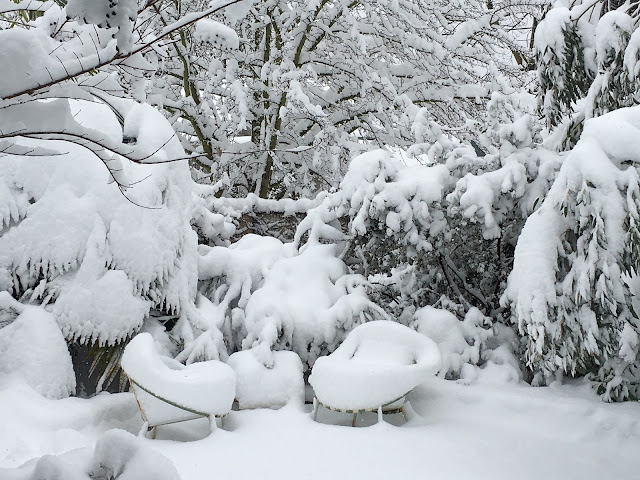 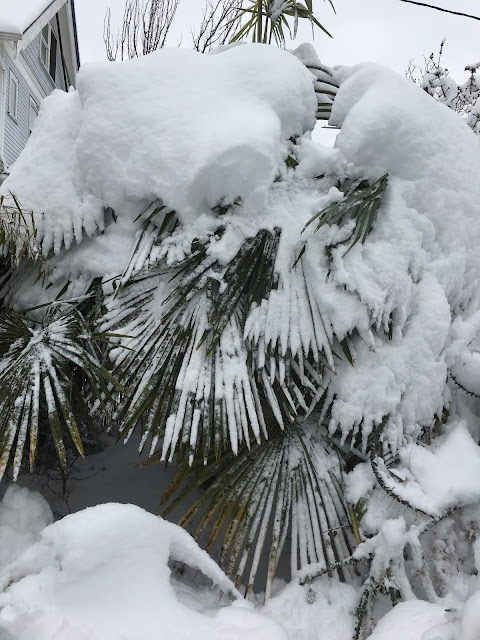 And it accumulated so fast. This shot was taken at 9 pm, after the snow had started about 6 pm. 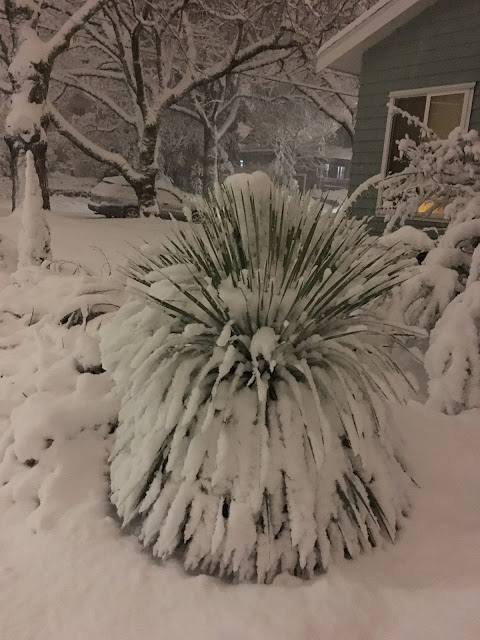 That snow, along with the deep freeze that followed it for a week, packed one hell of a wallop. Never mind that we're only halfway through winter; this morning's tour around my post-Snowpocalypse garden has me sure the recent nasty weather has taken its toll.  I have my dead and wounded, and lots of plants that I'm not yet sure whether they're done for. Thank goodness there are a few bright survivors to cheer me on - as of January 20, anyway. 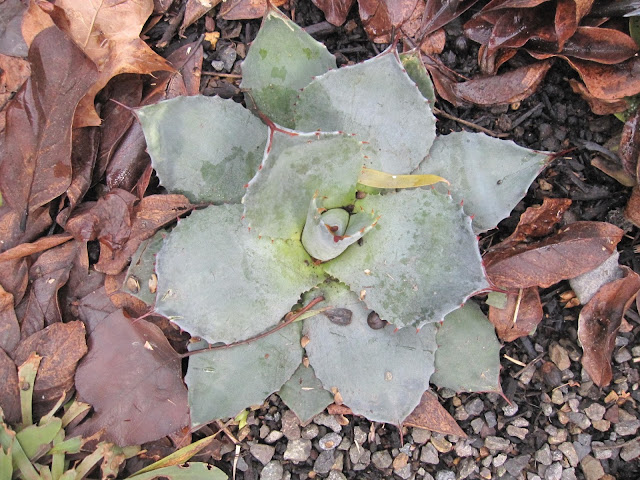 Instead of watching the inauguration, let's take a look, starting with the Definitely Dead:
Ceanothus thyrsiflorus 'Victoria' suffered last spring and summer with the sudden demise of two of its three main limbs. The remaining limb survived the December ice storm, but then it bowed down under the January snow load. 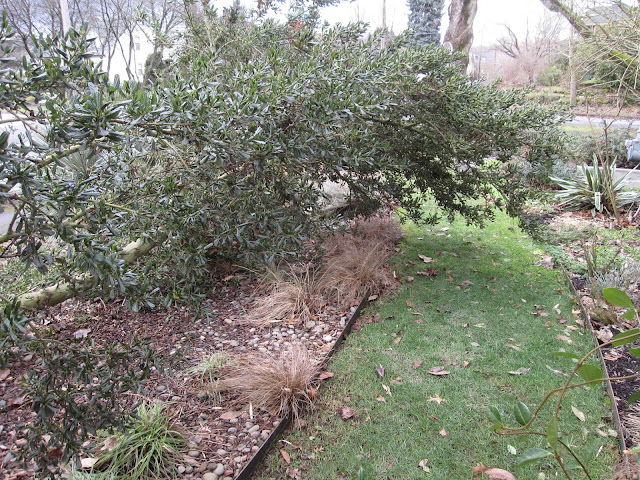 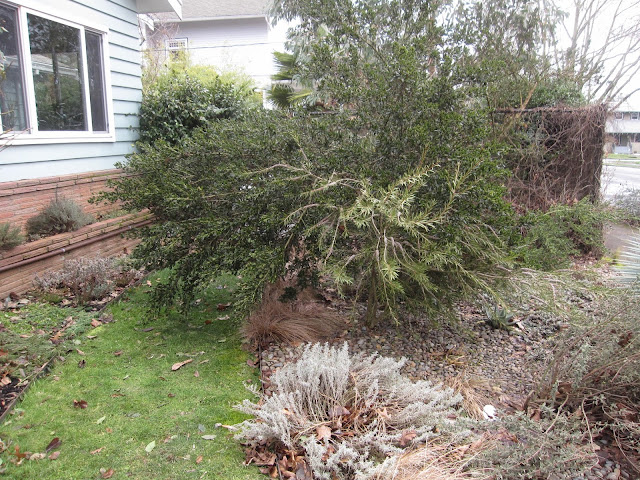 I can see now that rot was the culprit, allowing the snow weight to rip that last limb near the ground. 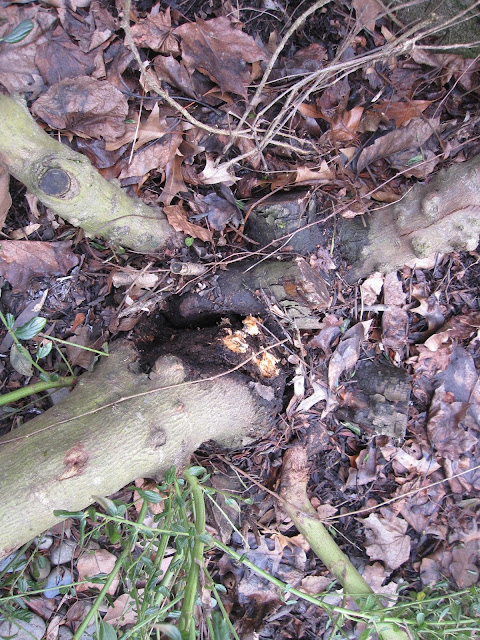 A Pinus contorta was bent down by the freezing rain in December and never recovered. It looks as though it must have broken branches, but we can't get underneath it enough to figure out what's happening yet. 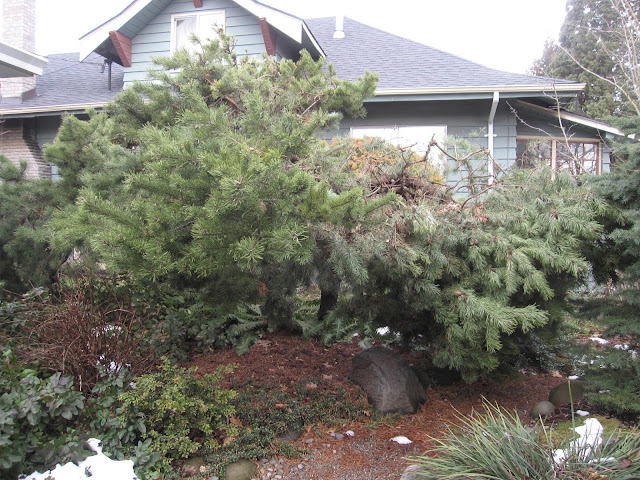 It's blocking the path to the corner of the garden. 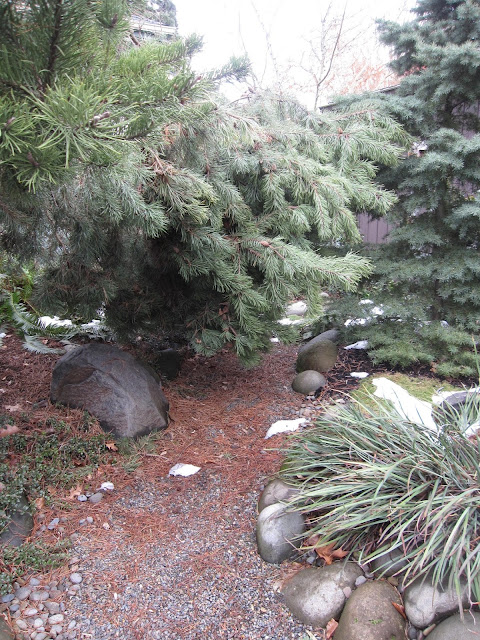 It's no surprise, but this hybrid Abutilon is gone. I'll miss its tangerine flowers and spotted leaves. 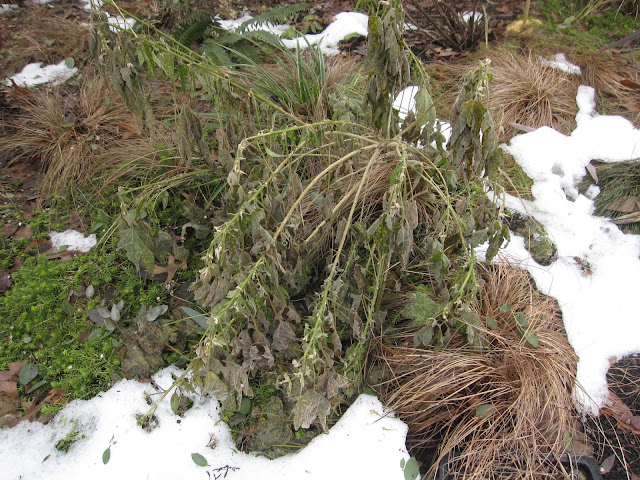 The Acacia pravissima doesn't look too bad, but its coloring has changed to a darker gray and I can only say it somehow feels dead when I touch it. I don't hold out much hope that it will survive. 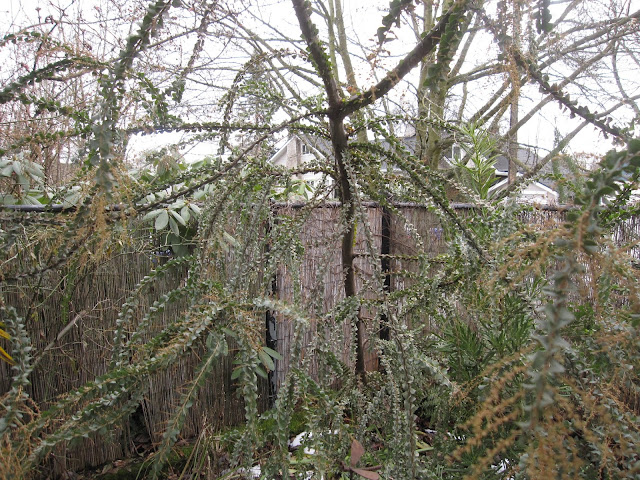 Dymondia magaretae is as dead as a doornail. This one was a surprise, because somehow I thought it was a Zone 8 plant. Looking it up, I see it's 9b. Dang. 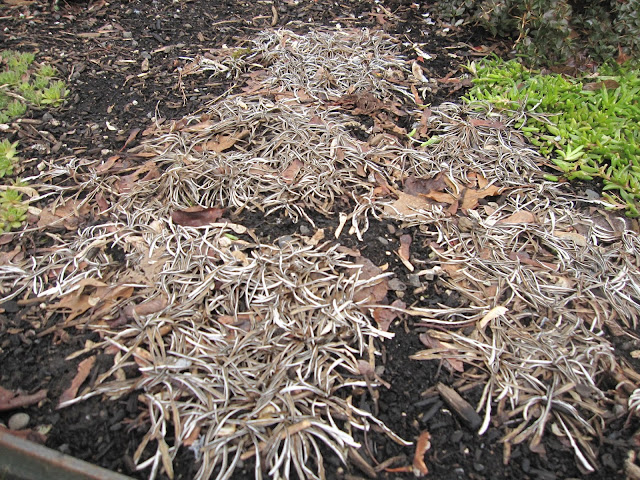 Here's a look at the wounded.
Loropetalum chinense var. rubrum 'Sizzling Pink' sustained several ripped and broken branches. This will be a sad setback for a shrub that was reaching some size and presence. I'll wait to prune it until later this winter. when the danger of more ice or snow is largely past. 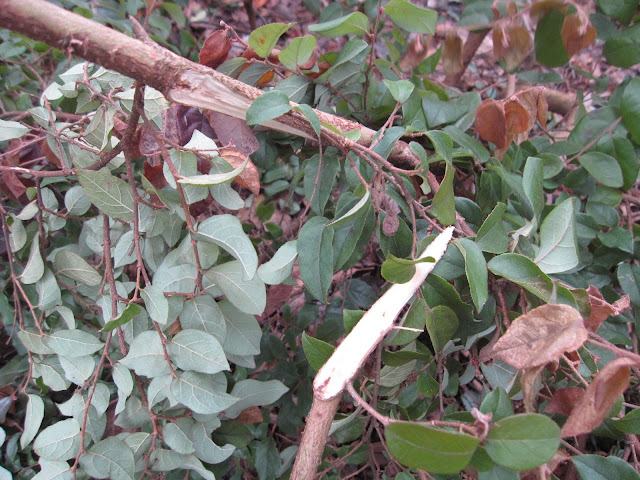 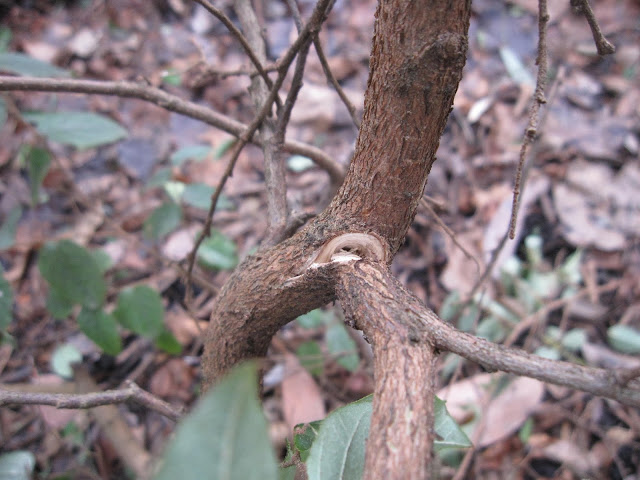 As the snow melted, many plants recovered their height. The two Trachycarpus fortunei didn't bounce back quite as well. Although the newest fans look fine, the oldest ones are drooping down quite far. 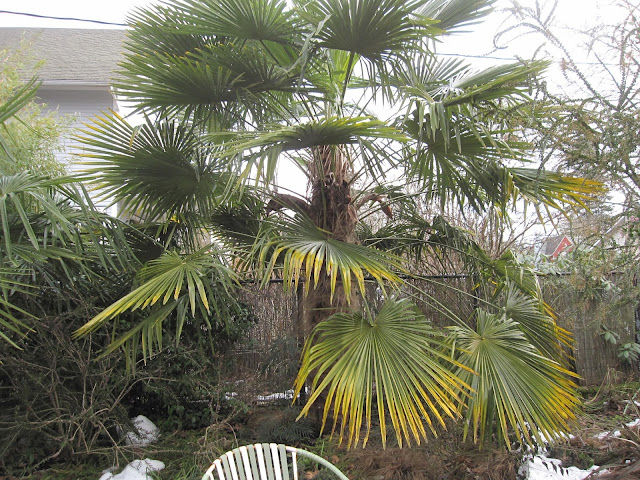 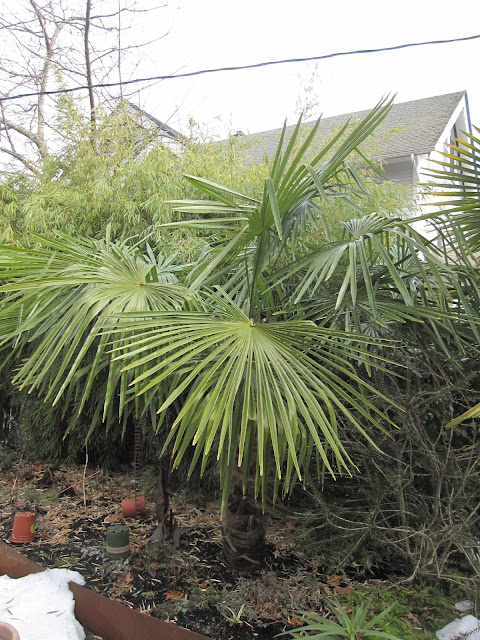 Some fan removal will need to happen here to uncover a Callistemon viridiflorus and clear the pathways. 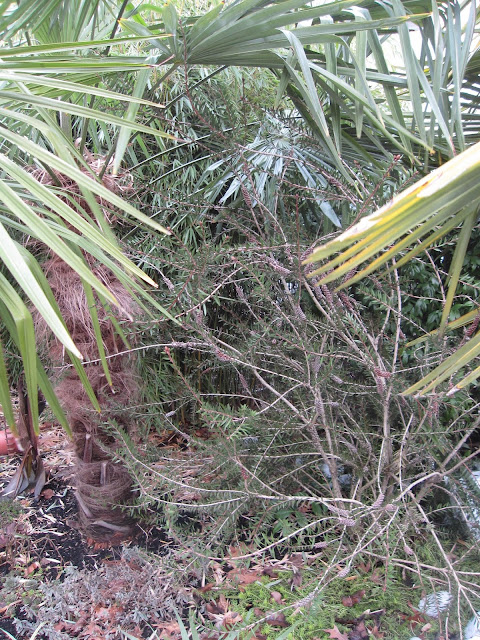 I'm not sure if Phormium 'Pink Stripe' has sustained mortal injury due to cold. It looks kind of deflated, but much better than a few other phormiums in the garden that are definitely on their way out. This nice-sized specimen will be missed if it doesn't make it, but for now I'm hopeful it will. 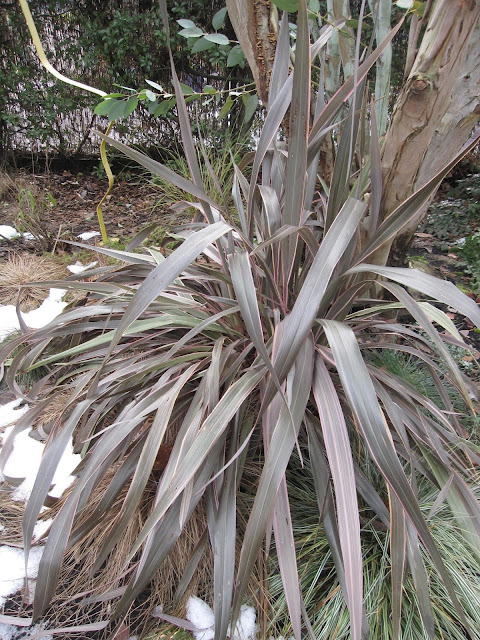 Mahonia fortunei 'Dan Hinckley' is doing the laying down thing, despite the support I had around it since summer. It's flattened, but perfectly healthy, so I'll do some pruning on it later this winter. 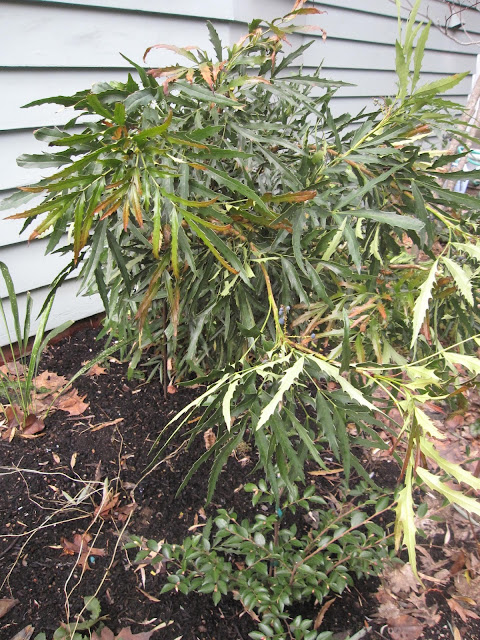 Luckily, 'Dan Hinkley' missed crushing a young Camellia transnokoensis near it. The camellia and its bright little buds look like they did a month ago in the 4th picture from the top in this post. 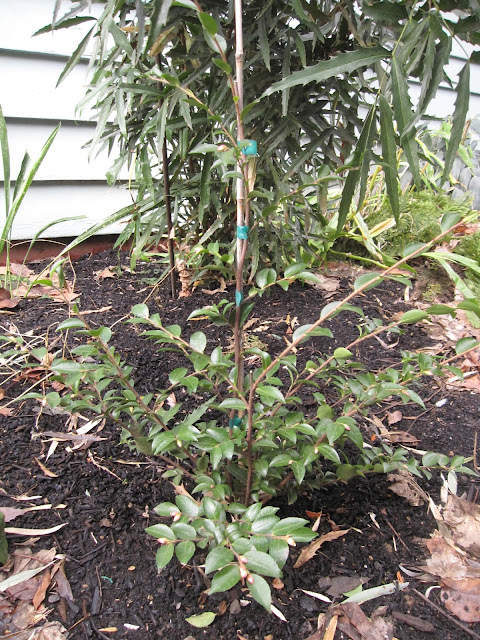 Also unfazed by the snow and cold are Agave bracteosa, and its little brother A. bracteosa 'Monterrey Frost'. I covered 'Monterrey Frost' before the snow hit, but the straight species was completely exposed, and covered with snow. 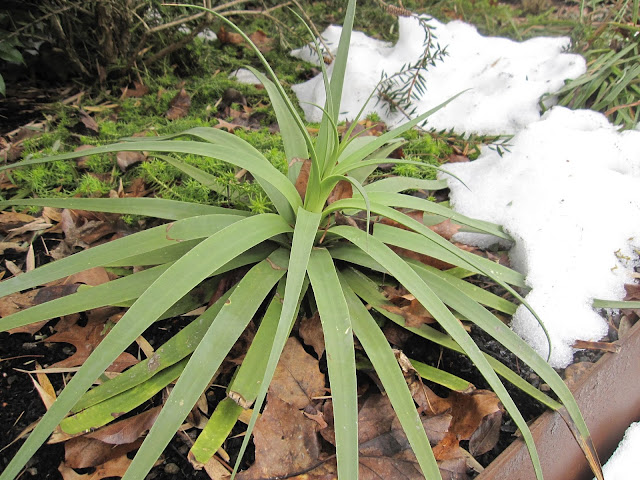 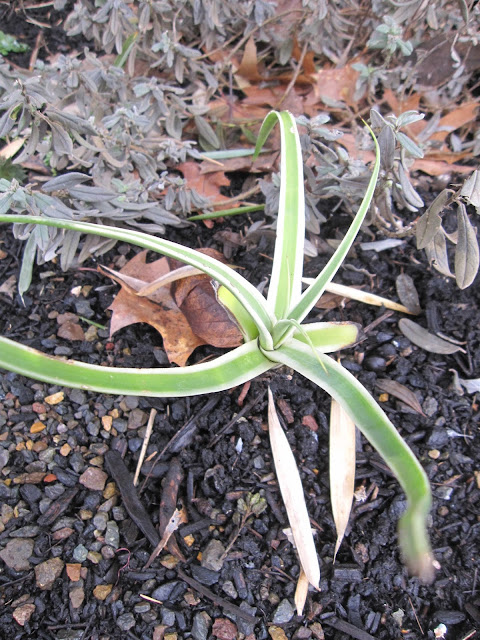 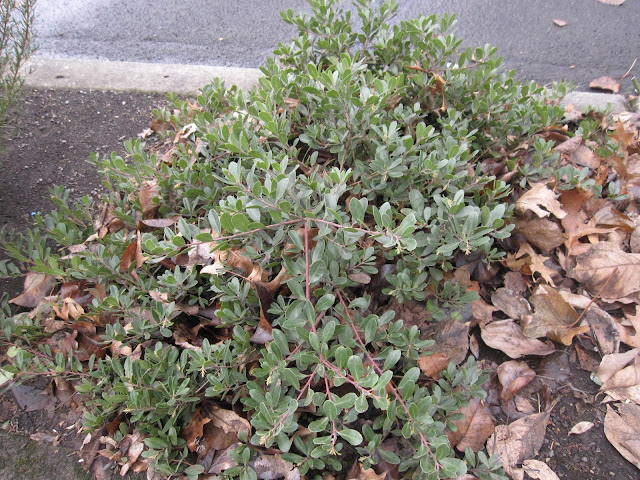 It's a happy denizen of the south hell strip along with several other xeric plants I thought would fare far worse. They all look fine, like this Grevillea australis and Halimium ocymoides 'Sarah' below. 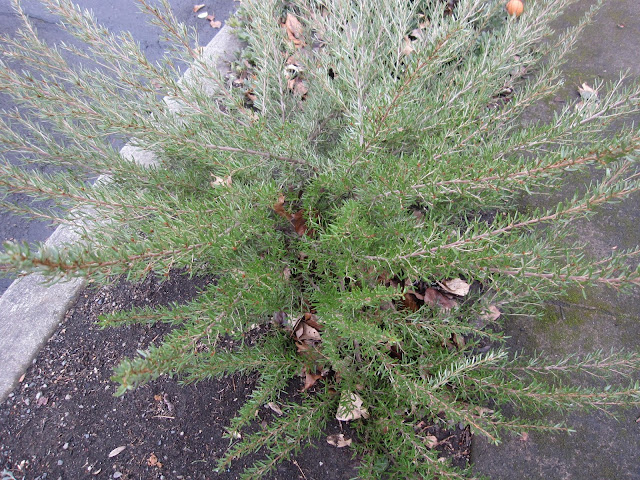 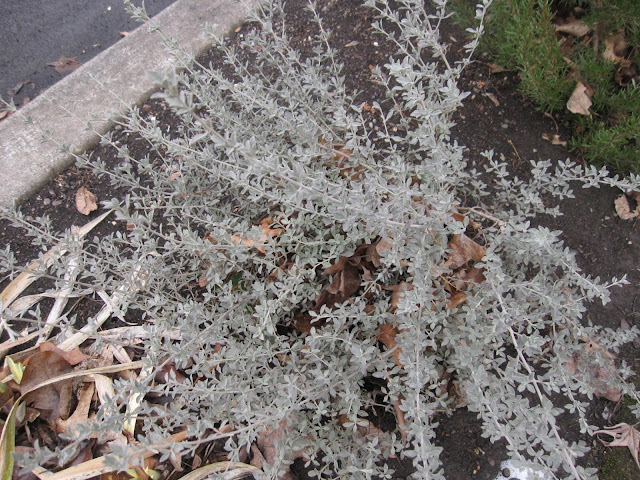 I want to say I learned some lessons from this year's ice and snow storms, but the reality is I will probably keep on planting my favorite evergreen, leafy plants and taking the chance they will sustain damage when the winter weight of snow or ice is too great. That's just me!

* Channeling my inner Monty Python.
Posted by MulchMaid at 11:19 AM 15 comments: