Welcome to my very first Garden Bloggers Bloom Day post from Astoria! No, we haven't moved here permanently, but the garden (at least the south slope I have been slowly converting) is finally flowering enough that I can put together a post for Bloom Day. It's been an arduous process with many lessons learned about deer-resistance, weather surprises, and an infuriating, entrenched population of new-to-me weed species. There's still so much left to do, but let's get to the successes!

Some of the first plants I put into the Astoria garden were multiple rosemary and lavender. I knew herbs would grow fast and be more tolerant of not getting watered regularly, and that they were deer-resistant. I love the unassuming straight species (Lavandula angustifolia and Rosemarinus officinalis) and they have rewarded me by growing robustly. 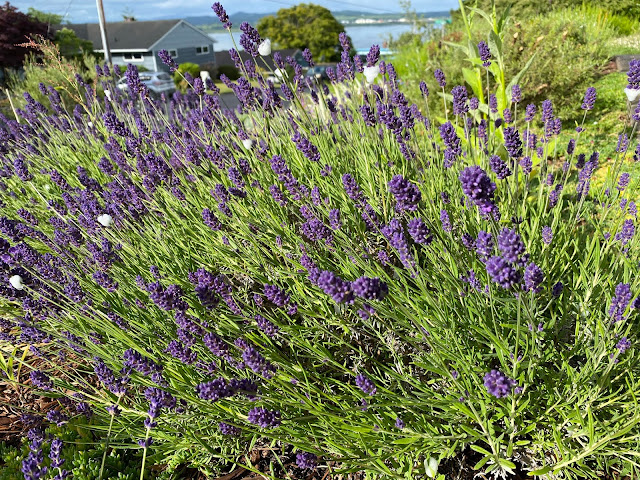 Here's another simple, happy and deer-resistant small shrub that grows in multiple places in this garden. Santolina chamaecyparissus, or Lavender-Cotton, sports these cheerful yellow button flowers in early summer. They came from Skyler of Tangly Cottage Garden and I learned from her that they should be sheared hard in late winter to keep their shape and prevent sprawl. 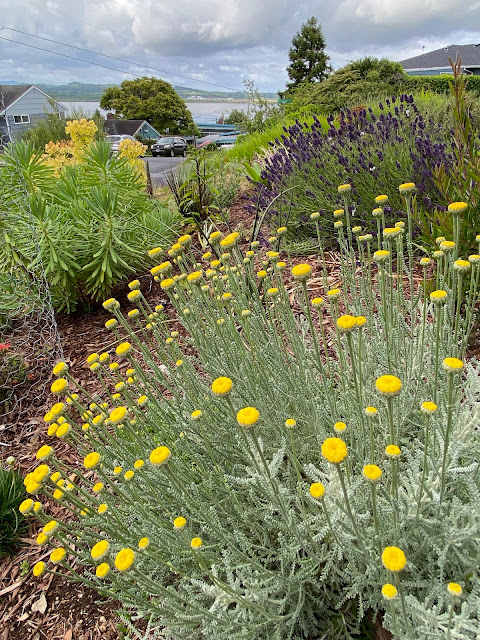 I added several Verbena bonariensis this spring after seeing how well one did last year. So far the deer are leaving them mostly alone. 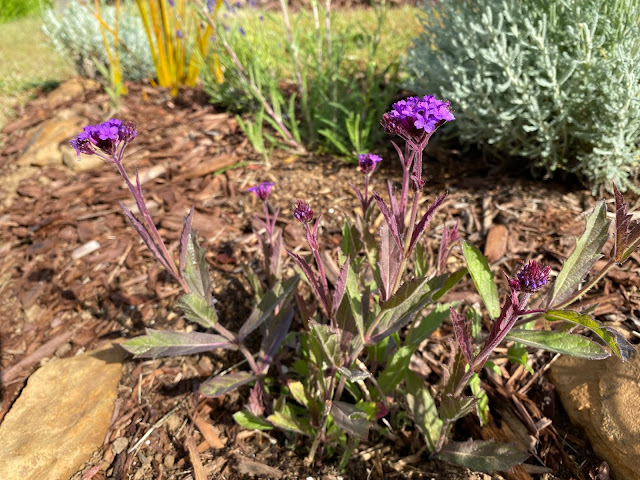 Three Penstemon heterophyllis 'Electric Blue' planted in spring of 2020 came out of winter happier than they went in. They hung on last year after being cropped by deer but so far are avoiding that fate this year. It's great to finally have those intense blue flowers! The hover fly thinks so too. 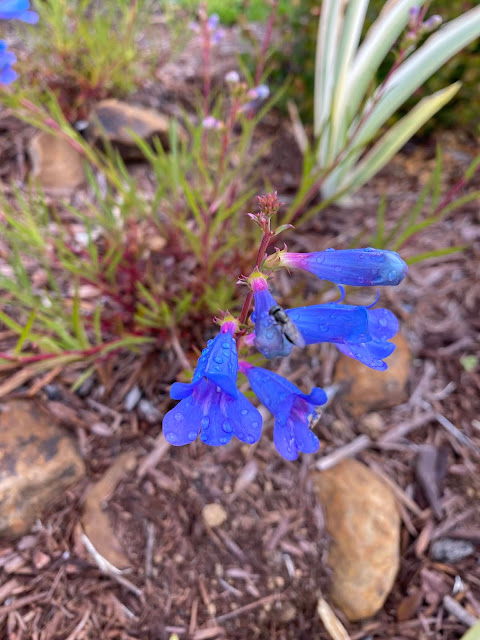 Penstemon 'Margarita BOP' fared slightly better last year and is coming back with even more flowers this year. 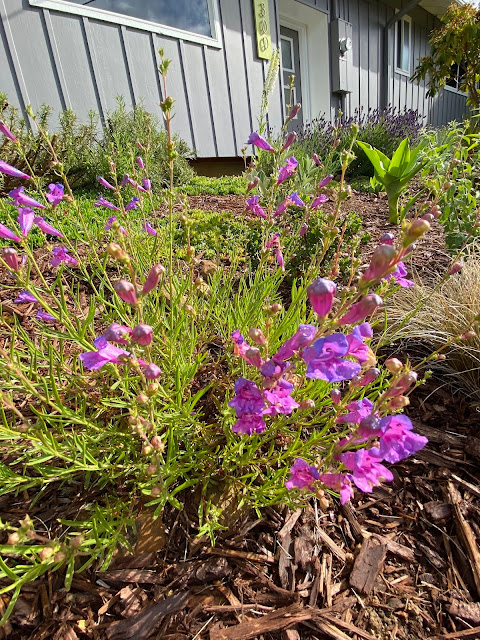 Many of the plants I try in Astoria are courtesy of our twice-yearly Oregon Garden Bloggers plant swap. This Salvia 'Skyscraper Orange' came from Lance of GardenRiots this spring, and the color is fantastic. I hope it likes life in Astoria. 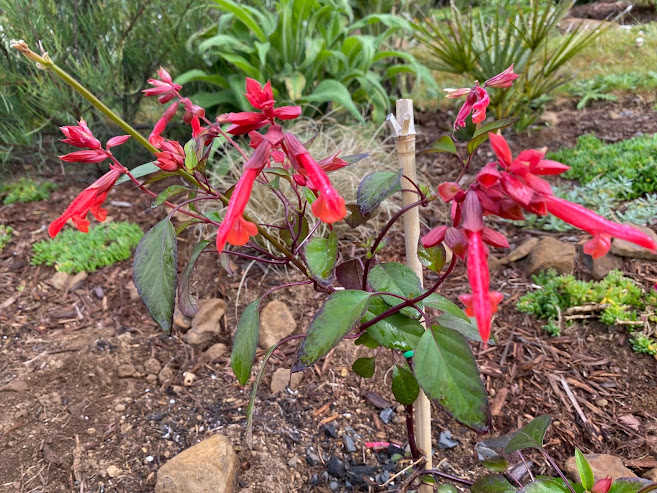 I visited Mary DeNoyer's beautiful open garden last weekend, via my membership in the Hardy Plant Society of Oregon (it’s such a deal, people!) After admiring Digitalis parviflora 'Milk Chocolate' in her garden, I was delighted to check my records and confirm I had the very same cultivar in my Astoria garden. 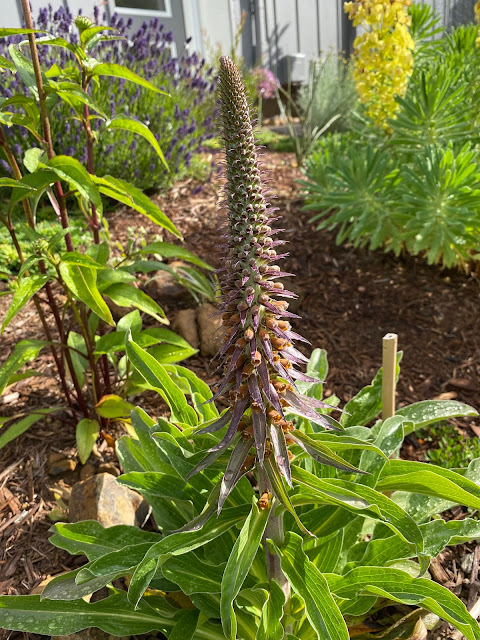 Cistus obtusifolius is in its third spring here in the garden. Sometimes the deer eat the flowers, and sometimes they don't. 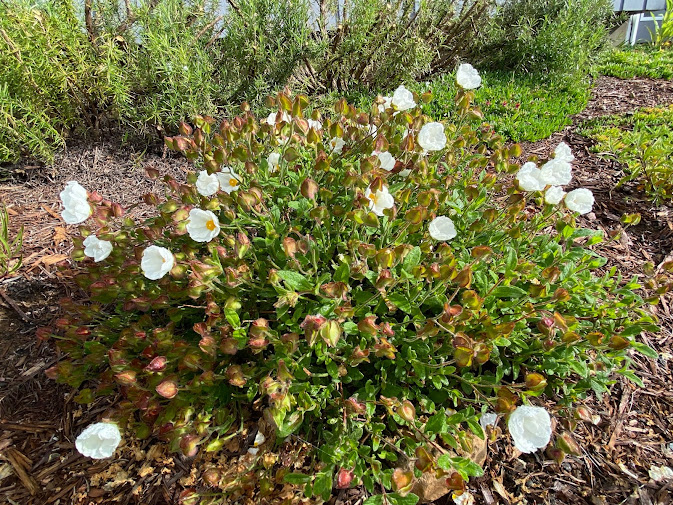 I brought several Libertia peregrinans 'Bronze Sword' out from my Portland garden. They grow well and color up nicely, and the deer seem completely uninterested in them. Win!! 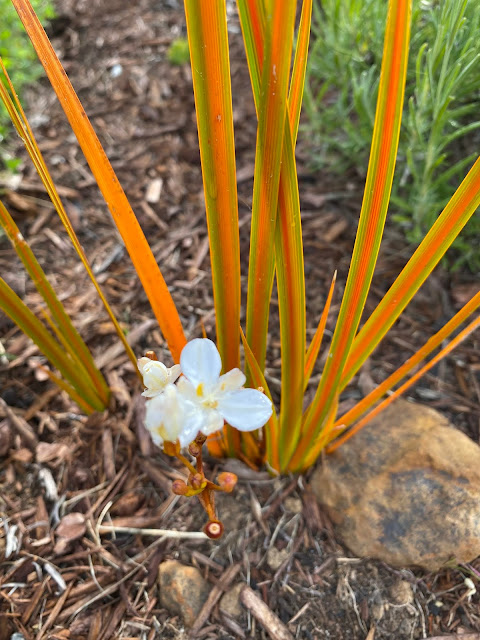 I brought all my Kniphofia 'Timothy' plants out to Astoria last spring, because they needed more sun than they were getting in my increasingly shady garden. I guess they like Astoria! 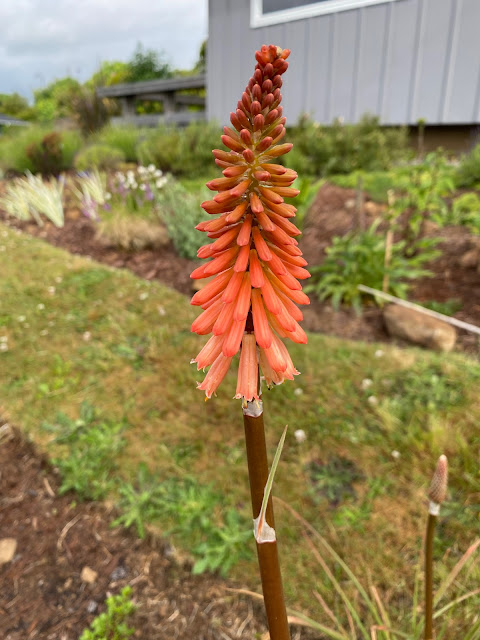 Digitalis purpurea 'Alba', another Blogger plant swap selection, has a nice view of the bay to help it flower.

This Grevillea 'Poorinda Leane' was one of the earliest shrubs I put in. Despite some "pruning" by local deer, it has outpaced their ability to eat it and has been flowering non-stop since November. Such a rewarding addition to the garden! 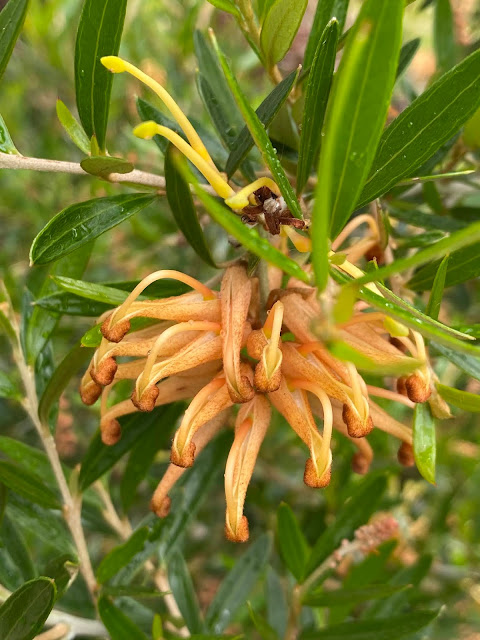 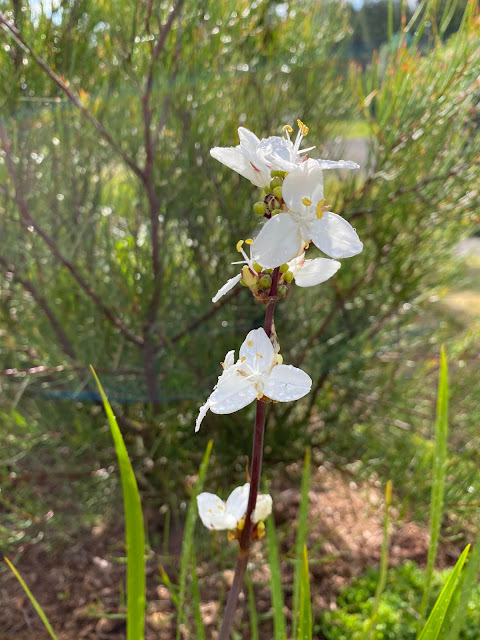 And Allium christophii provides a big pink punch of color and form near the front door. I need many more of these in Astoria. 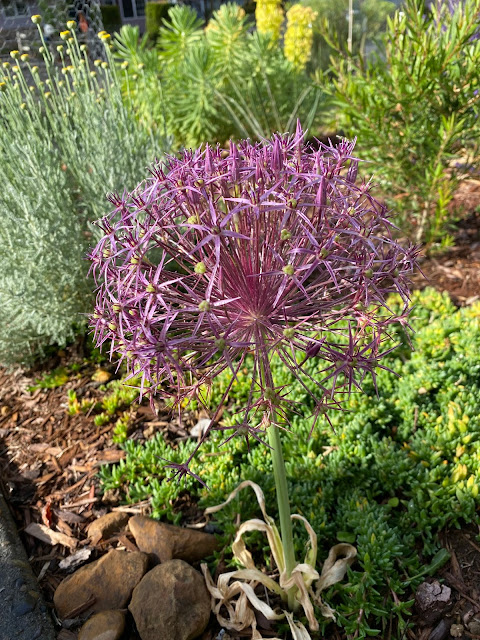 Garden Bloggers Bloom Day is hosted monthly by the lovely Carol at May Dreams Gardens.

Happy Bloom Day from Astoria, all!