Near our Astoria house is a former elementary school, Captain Robert Gray School, that still houses the Port of Play daycare/preschool and some city school administrative offices. On the grounds of the school is a large fenced area that was probably some kind of sport court back in the day. But now, it's the site of a thriving and amazingly lush community garden. 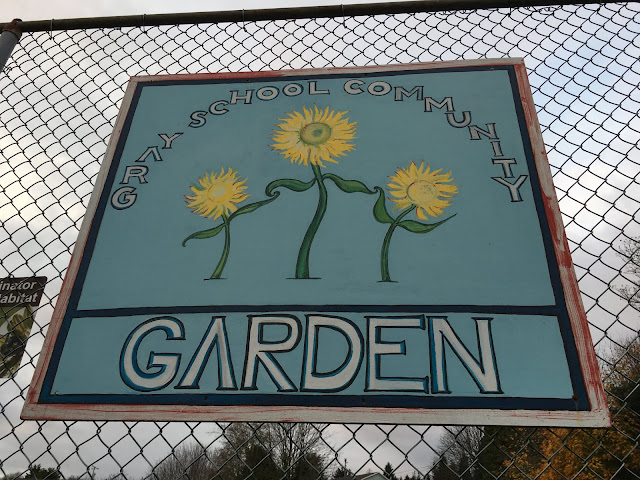 On a walk by last week, I finally let myself into the garden to have a good look around at their operation. Although I've only ever been a member of one community garden, I  love exploring any garden to see what's growing and the way they're managed. 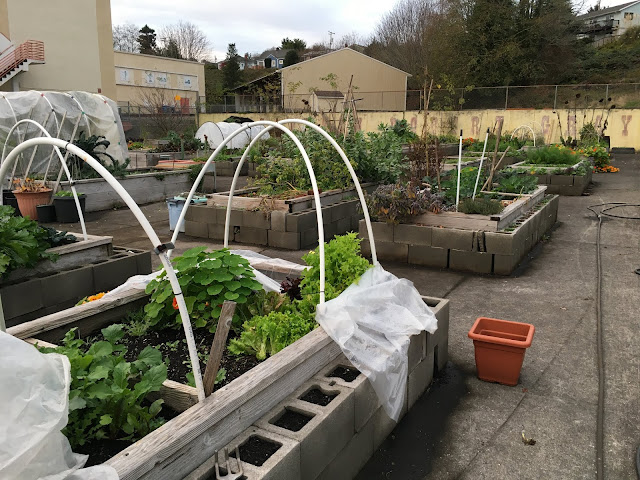 The first thing I realized is that all these beds have been created on top of a hard paved surface. The beds were wood, but they were surrounded with two sizes of stacked concrete blocks (for strength? for insulation?) I wonder how the beds drain?

Despite being so the late season, many of the beds were filled with produce. This colorful combo begged to be put in a vase. 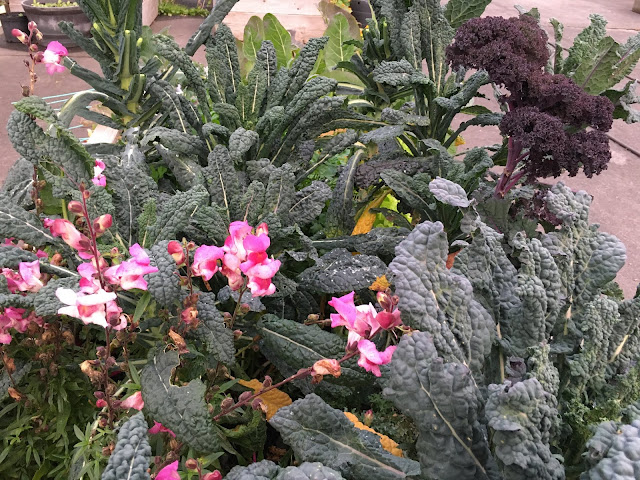 I was in awe of the huge pile of compost available for the gardeners. 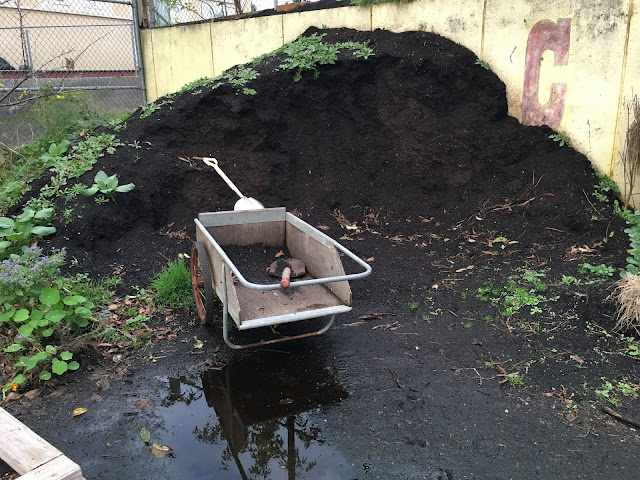 Someone had recently harvested these gorgeous beets, but why had they left them on the walkway? I so wanted to give them a home in my vegetable soup! 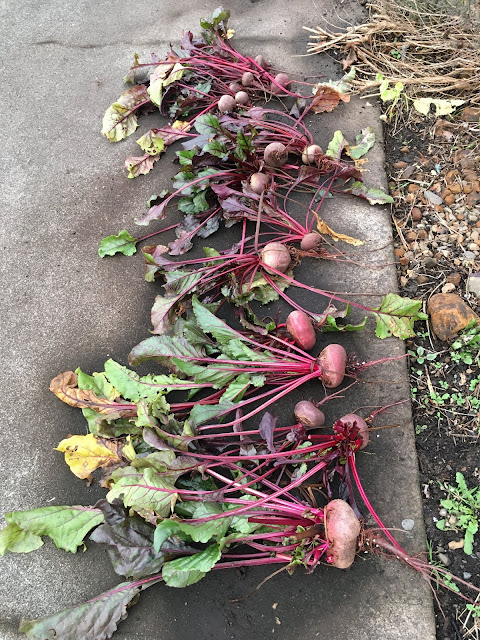 One enterprising gardener had built themselves a rolling bed cover in two parts. I admired the simple design but I wondered where it went after it had to be removed in spring. 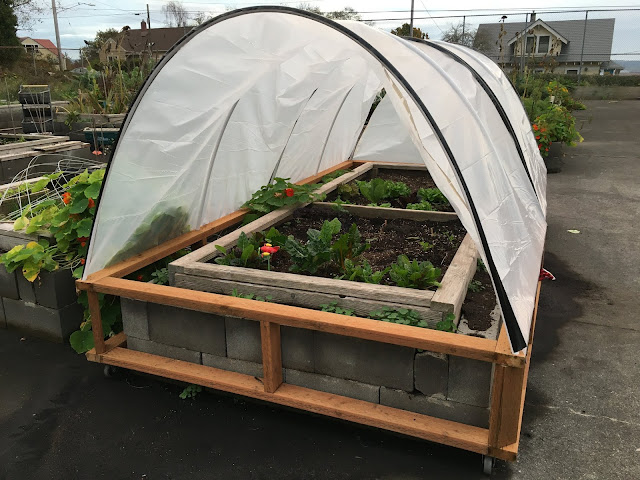 The construction was very basic, but it fitted and rolled perfectly over the bed. What would they protect in wetter, colder weather? With protection like that, I'd probably be growing agaves! 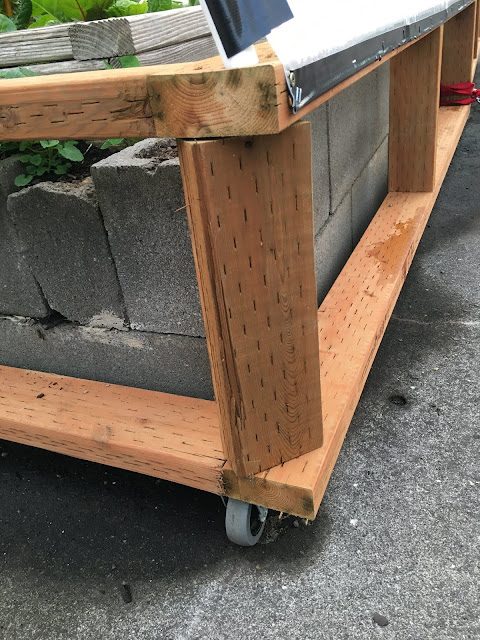 Someone here runs a tight ship. There were also signs admonishing gardeners not to assume beds were abandoned or available to them: "ALL beds are assigned. NO beds are abandoned." Got it. 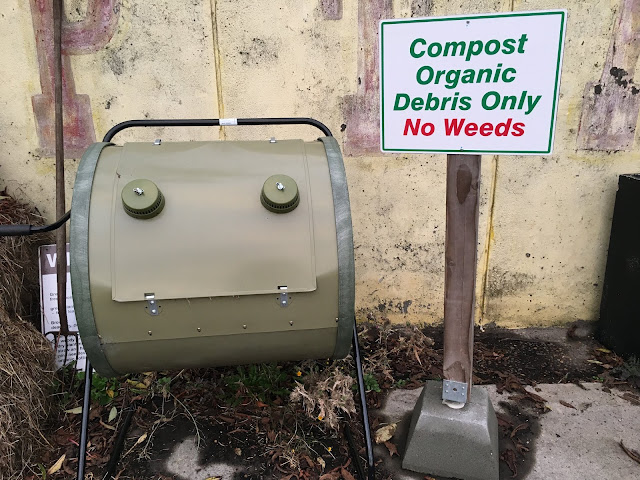 Being something of a gate-keeper myself, I appreciated the clear signage and descriptions of parameters. This is a place in which I could happily grow vegetables, safely fenced from the marauding local deer. 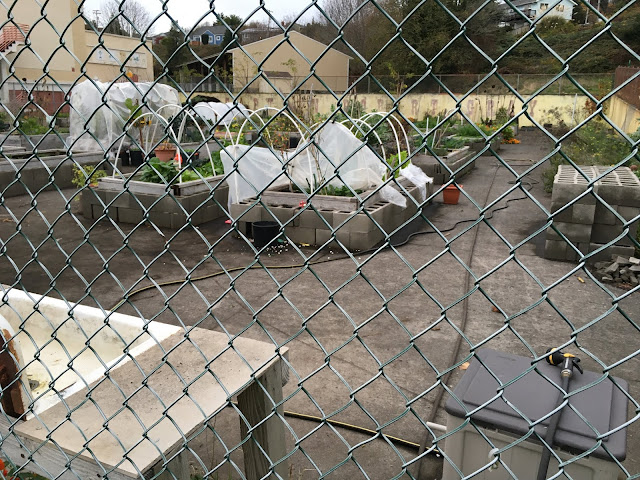 Goodbye for now, Gray School Garden - I'll check in again soon, and maybe my time to grow with you will come!