I'd like nothing more than to see my agaves in the ground. I know some of them can (thoretically) make it through our Zone 8 Portland winter. But I'm too much of a novice at growing them, and I'm not willing to risk their little spikey lives to the icy Columbia Gorge winds we usually get at least once each winter. So for now, they live in pots that can be carried indoors in autumn. 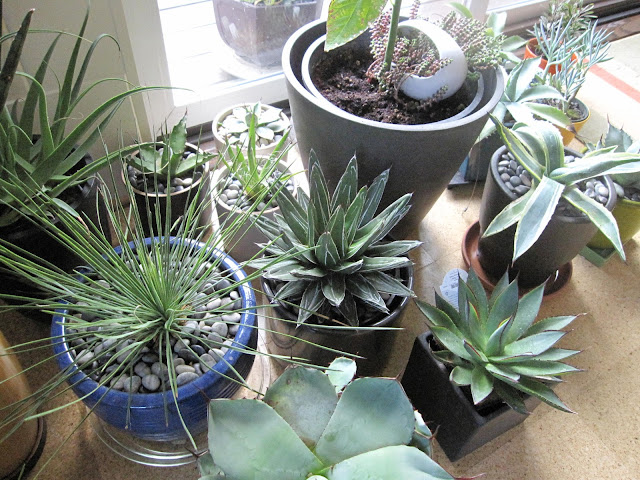 We have a nice south-facing exposure with a sliding glass door, and even a bit of floor space to accommodate them. But they don't really like being indoors, and they need water and a little cleanup several times during their incarceration. I was doing that yesterday and that's when I discovered the pups. Lots of them.

This is Agave parryi 'Cream Spike'. I knew it was a prolific offsetter, but it surprised even me with its speed this time. 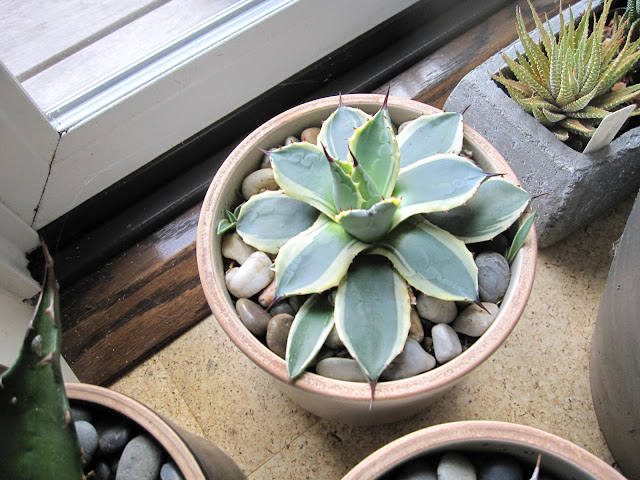 Three pups are already growing alongside the mother that I repotted just this past summer. 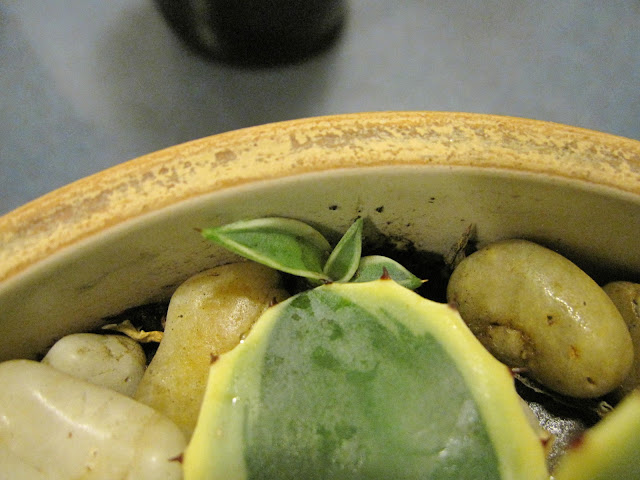 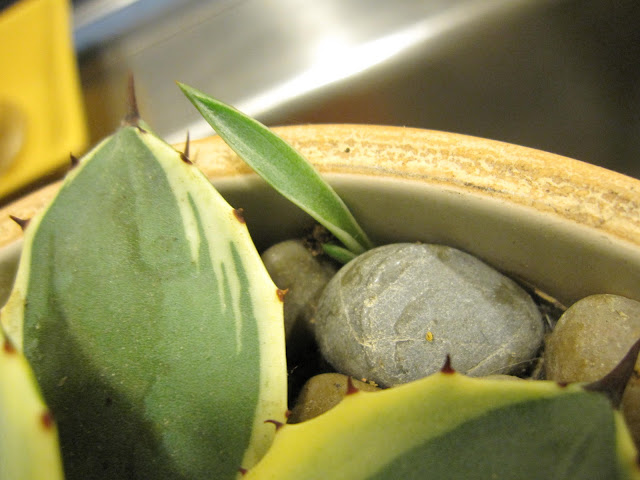 The third pup is the largest: it's lodged right beside the mother and is hard to see under her flat leaves. 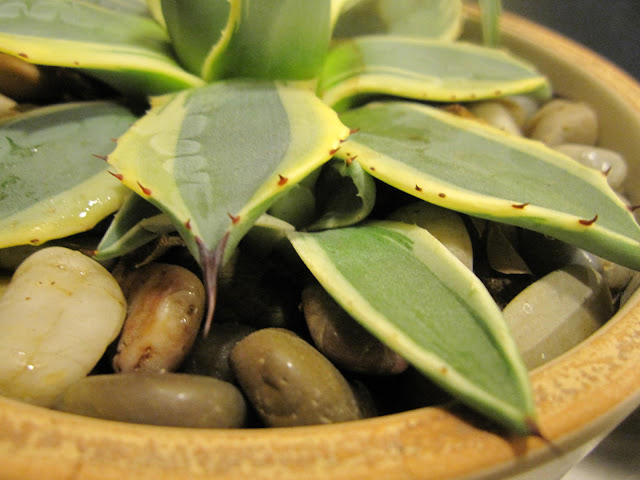 Agave titanota is jammed into a very narrow pot but that doesn't seem to be hurting it in the pup department. 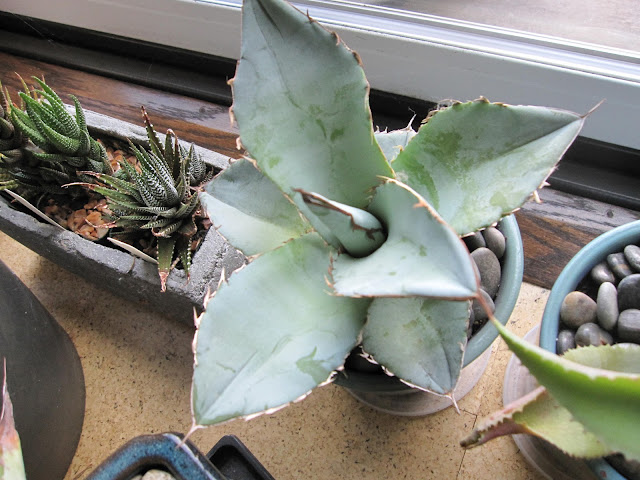 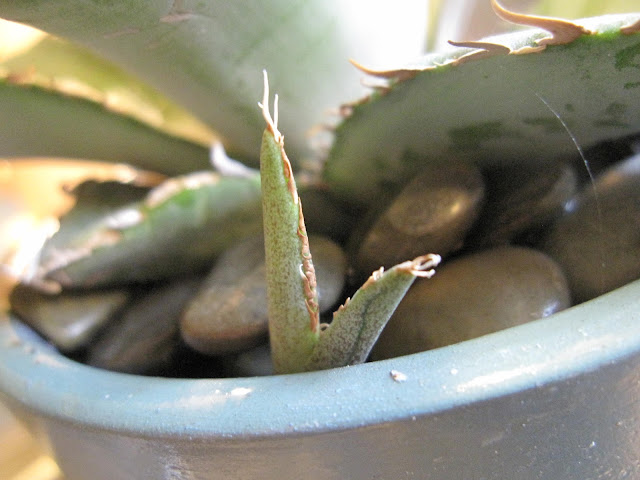 My Agave geminiflora surprised me with a hard to see pup. 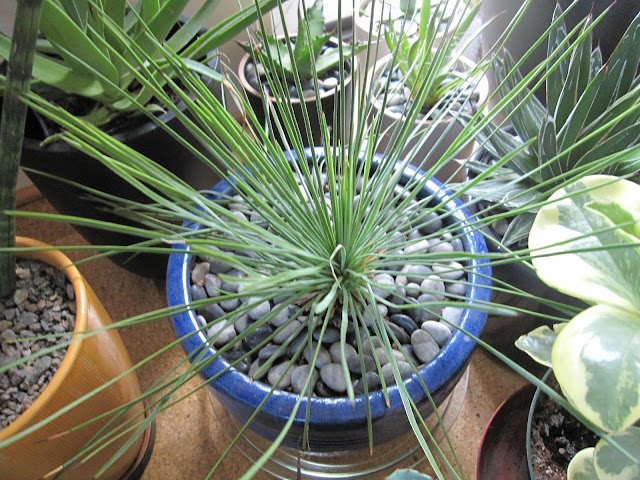 Can you spot it leaning out to the left from the mother? 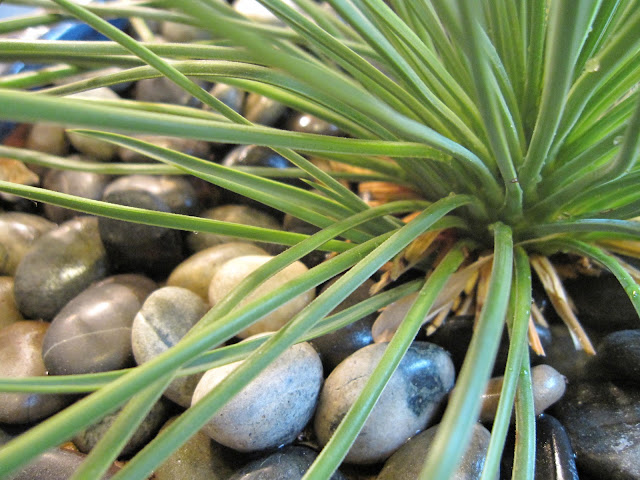 Agave parryi var. truncata is being taken over by several robust pups. 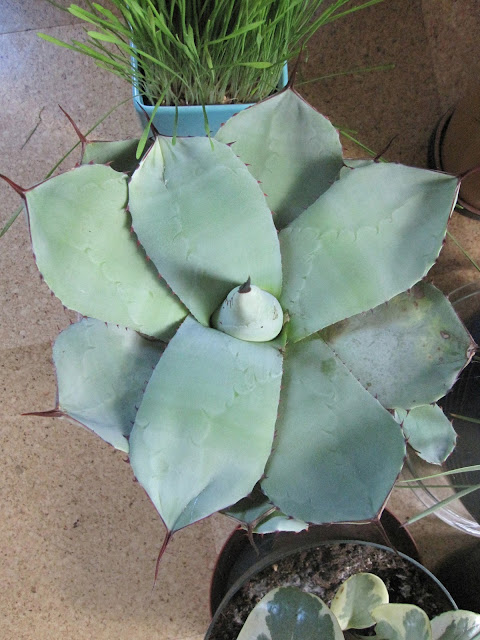 They seem like small gray-green parasites that could devour the host if they're not removed soon. 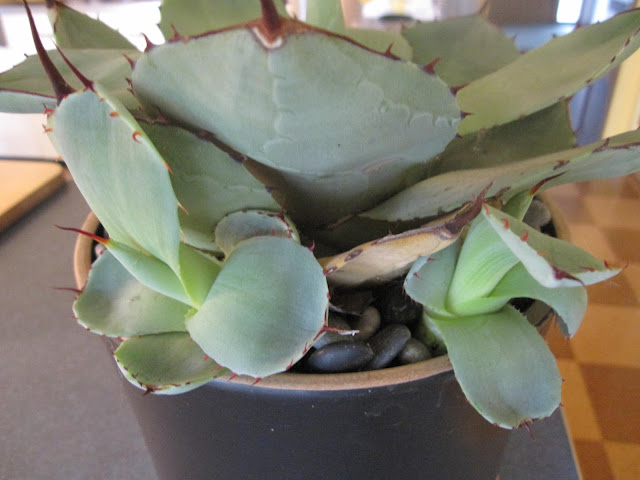 There are the tougher agaves I haven't risked outdoors yet either, but I know they are good candidates for wintering over in well-prepared beds. Maybe this summer I'll risk it. These agaves start out offsetting with a bang and are just getting bigger over winter indoors. 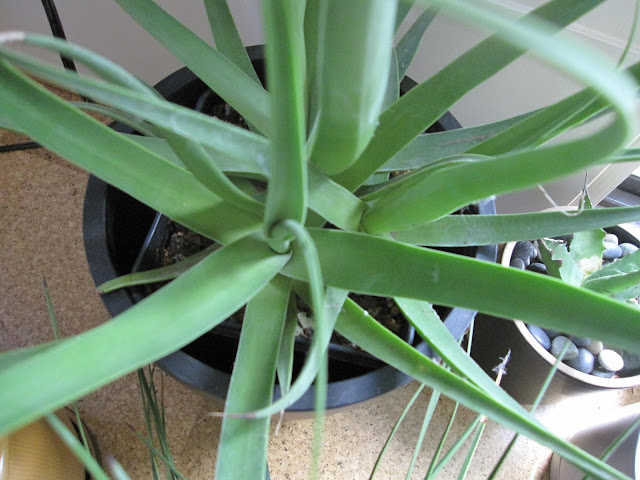 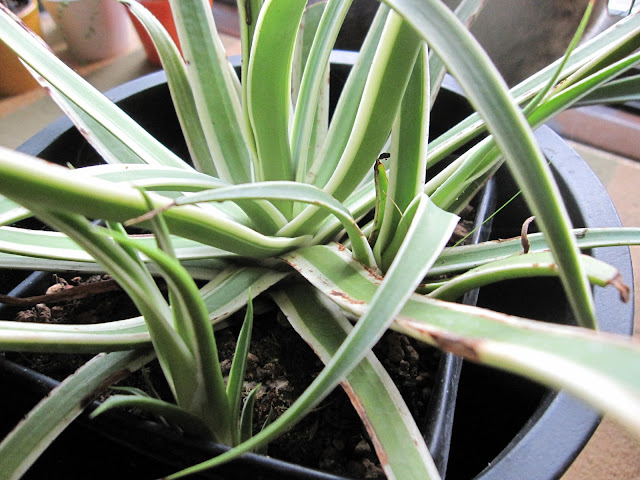 Here's Pearl showing us an excellent use of an agave spike (if you're an itchy cat.) This Agave scabra pup survived indoors while its poor mother that I ignorantly planted in the ground several years ago died a slimy winter death. The "pup" is now larger than the mother was. 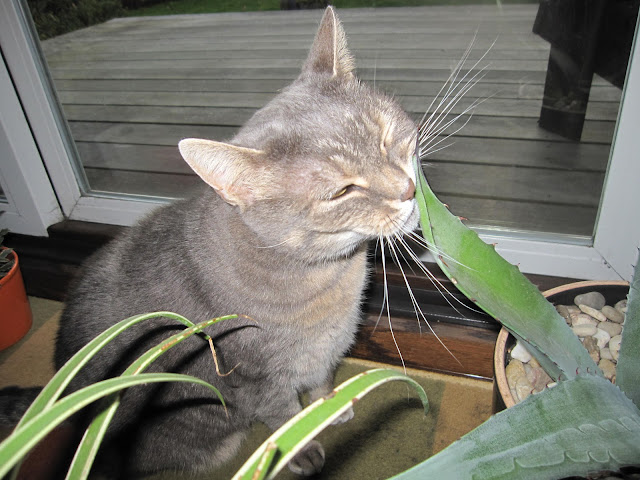 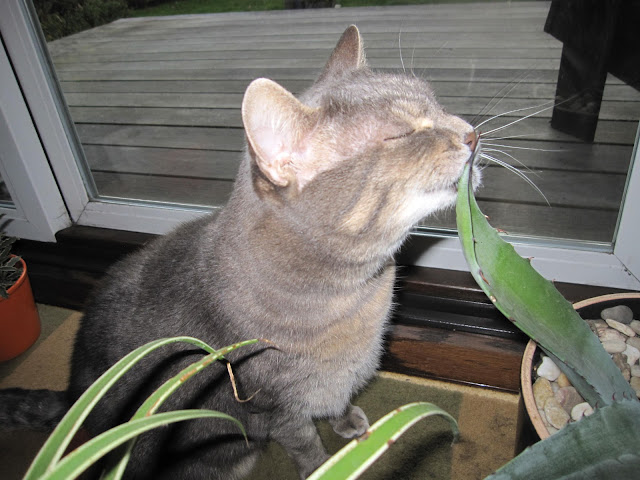 Posted by MulchMaid at 4:50 PM