Worth going the extra mile 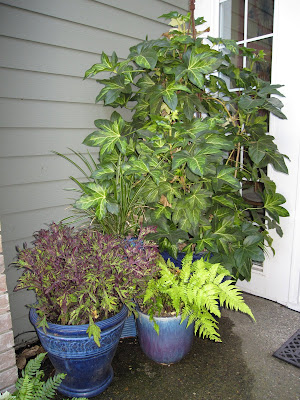 Sunday, I traveled with two friends and my sister to a Metro Gardens of Natural Delights tour in Tualatin and Lake Oswego. Several times we had to backtrack due to my crummy navigational skills in this unfamiliar area, but it was a fun and rewarding tour, with discoveries waiting at each of the four stops.

I liked the way the blue pots and bright greens of the foliage above contrasted with the purple color in this front entry grouping. 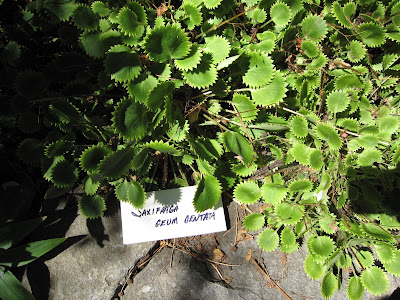 This first garden was nicely annotated with little white tiles giving many of the plant names. Isn't this saxifraga great with its serated edges? 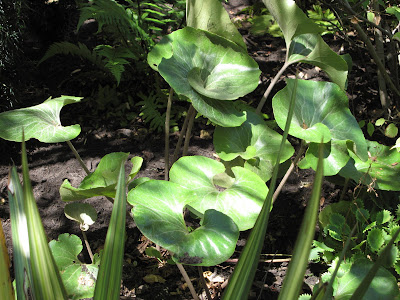 I discovered brunnera, and was captivated. I'll have to wait to plant some though, until our clearcut develops some more shade. 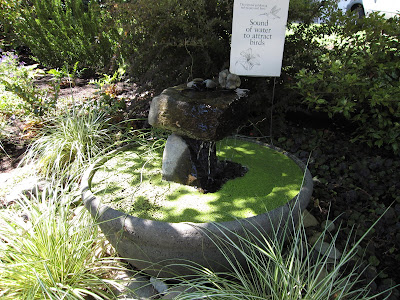 A lovely zen-looking fountain. Even choked with some little water plant it was so appealing on this hot afternoon. 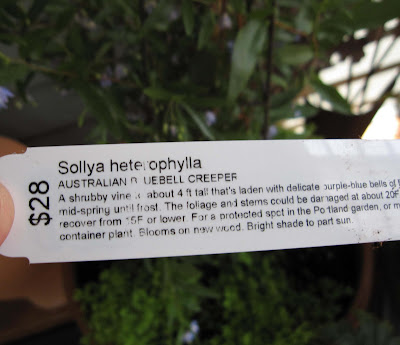 The lazy woman does plant notes: how thoughtful of the host gardener to leave the tags for us. 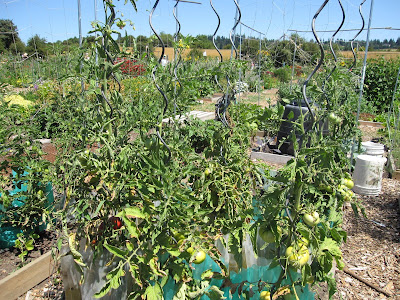 This is Oregon Tilth's Organic Education Center at the historic Luscher Farm. An interesting way to ripen tomatoes: they had pruned off every lateral branch, leaving just a center stalk with its tomatoes, held up by these cool spiral wire supports. Standard cage supports were being used on other tomatoes, too. 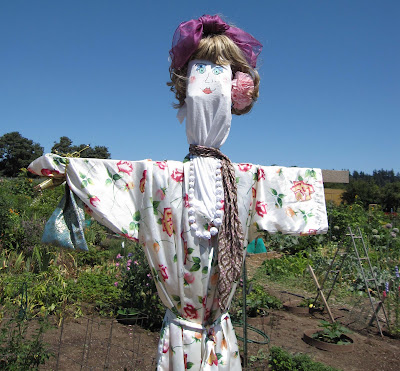 They had lots of fun scarecrows, and lots of chickens too! The farm is open from dawn to dusk so I'll definitely visit again. 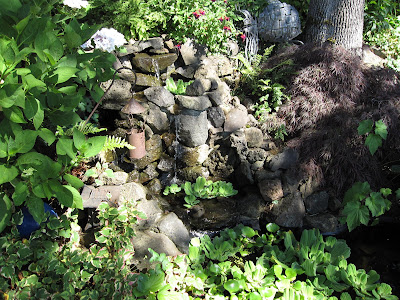 A cooling, dripping waterfall with some nice floating plants that looked like salad mache, but must be some other thing entirely. This was at the third garden along with.... 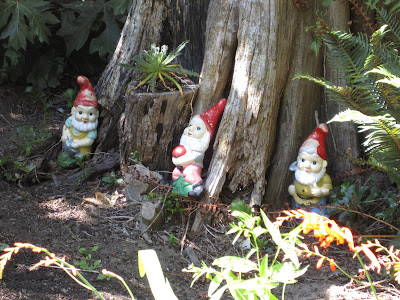 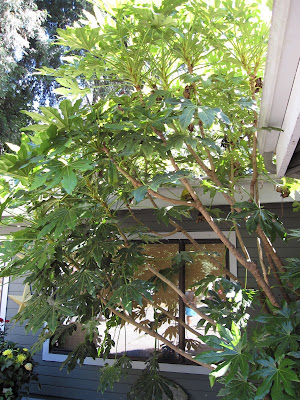 A big, old fatsia japonica to give the two in my garden something to aspire to. 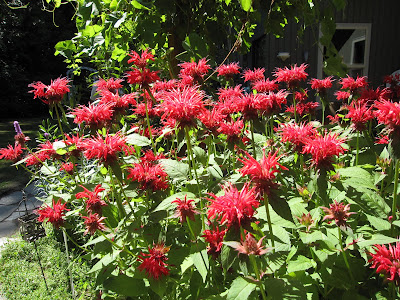 Bee balm: now I see what all the fuss is about! 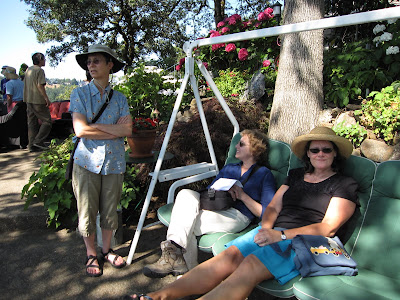 Last stop on the Metro tour: a lovely shaded garden overlooking Oswego Lake. This one had very formal plantings, including a parterre and sizeable shrubs as well as large trees, but not the sort of thing that photographed very well.

The Gang of Four was pretty played out by this time: I thought Sally and I would have to pry Laura and Karin out of the comfy swing when the witching hour of 4 p.m. came!
Posted by MulchMaid at 12:37 PM