It's only mid-July and already it feels (and looks) almost like late August in the garden. The month of June brought high temperatures with no rain, and now in mid-July we are parched and dry in Portland, Oregon. But that won't stop the blooms, although some are significantly earlier than normal, and many that are almost done were in their full glory this time last year.

Like Kniphofia 'Timothy', whose salmon-colored blooms have gone from over a dozen at a time to just a few trailers. The hummers are still interested in them, though. 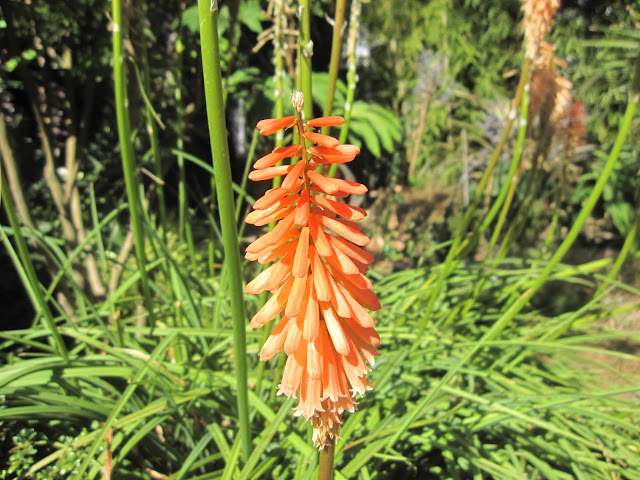 Helenium 'Moorheim Beauty' is not as full this year. It's a plant I rarely water and I think the early drought affected it. 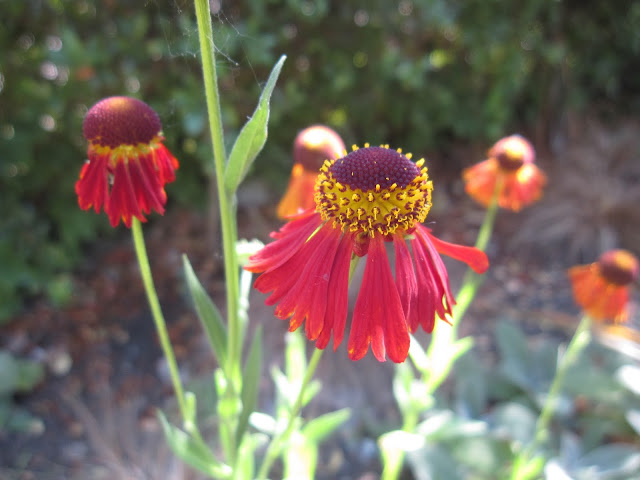 It's the month for Crocosmia. Here, the last flowers on C. 'Lucifer'. 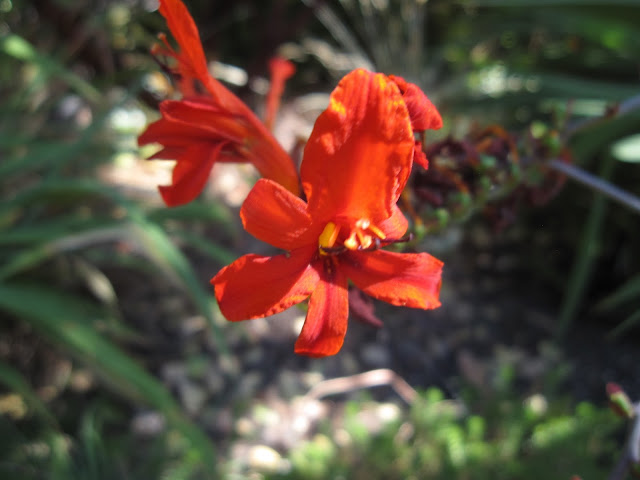 Crocosmia 'Corona', my favorite (but don't tell the others.) 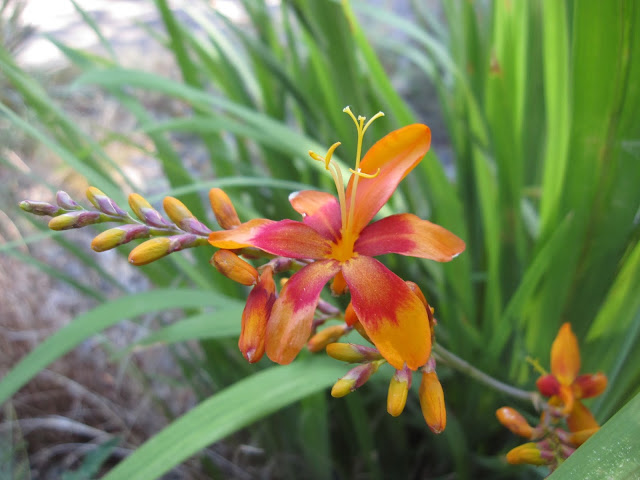 I'm drawing a blank on this Crocosmia. I think I remember moving it last year, but then it didn't bloom. It certainly is a beautiful, clear, tangerine-red this year. 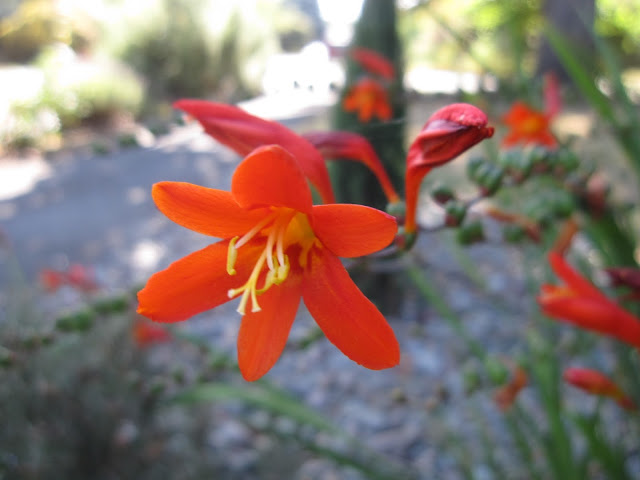 Eucomus comosa 'Sparkling Burgundy'. The flower stems are always darker on this plant - 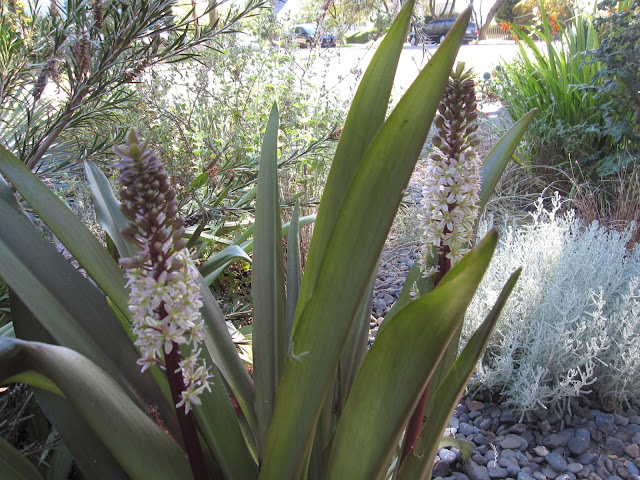 - than on this one that gets more sun. But the florets are pinker on this one. 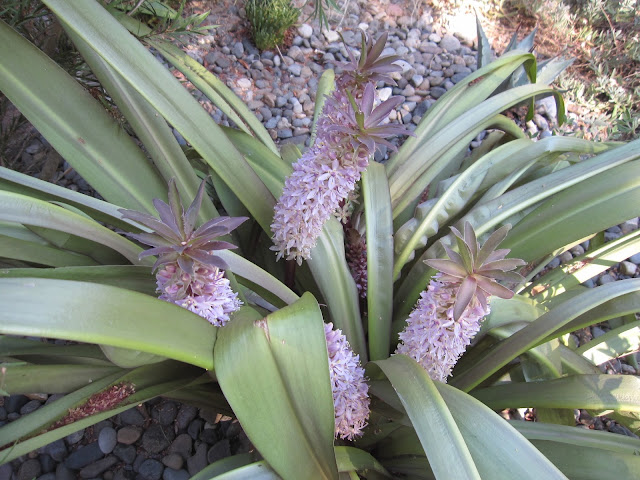 In the same bed, Echinops ritro is blooming with its fascinating spherical flower heads. 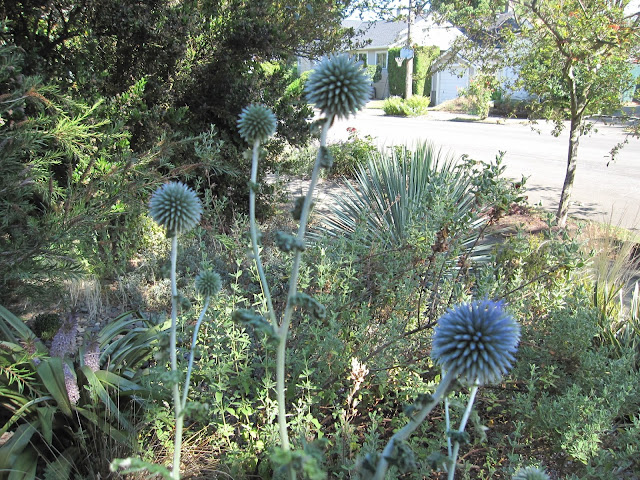 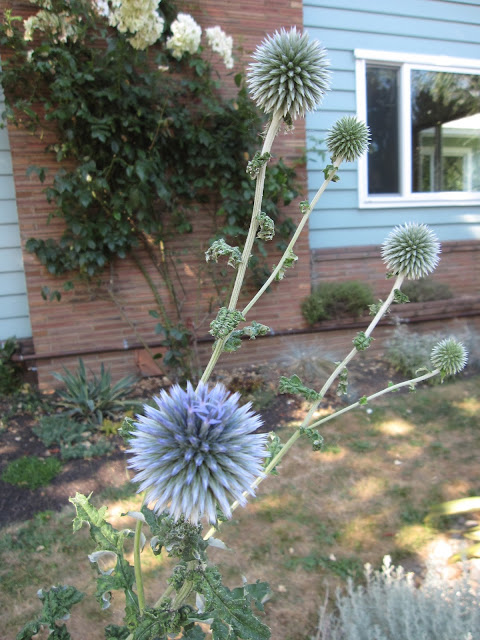 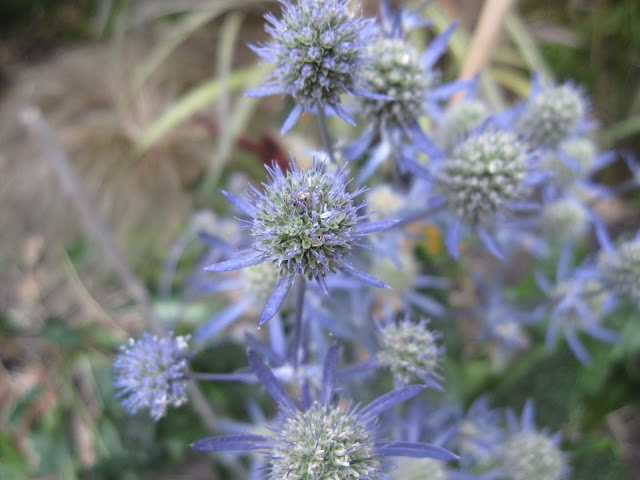 And more blue here in Salvia 'Black and Blue'.

Trachelospermum jasminoides is still blooming at the top of the plant. 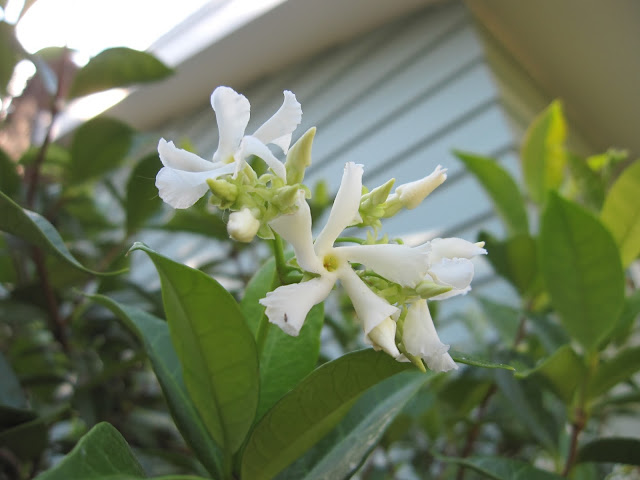 Limonium speciosum 'Blue Diamond' is past its prime, but adds a frothy touch of blue. 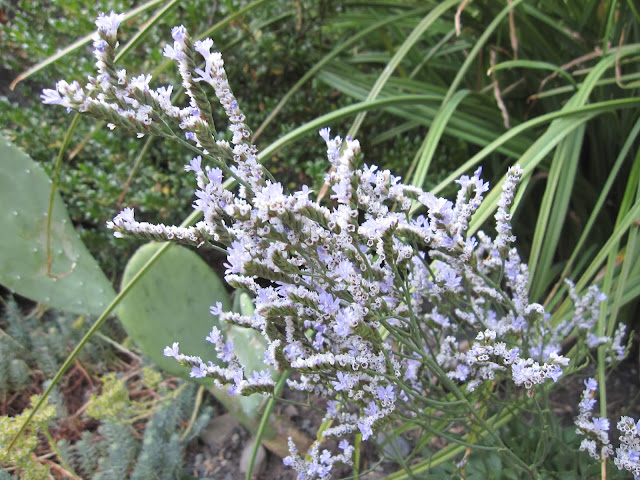 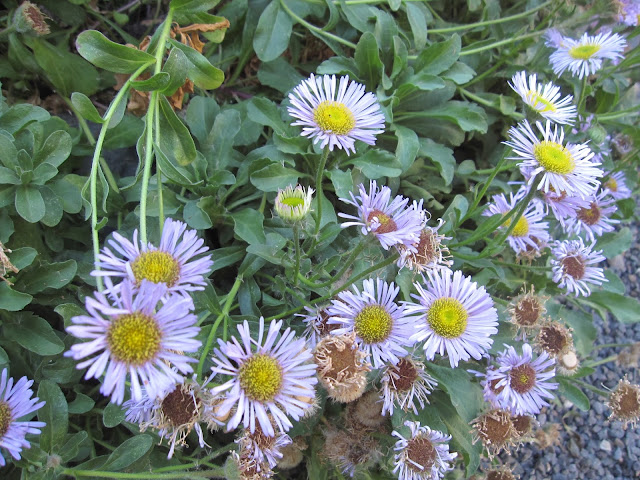 Also in the NW Territory, this native Penstemon that I always ID incorrectly - I'm not even going to try this month. I'll just admire its Hummingbird-attracting tubular flowers. 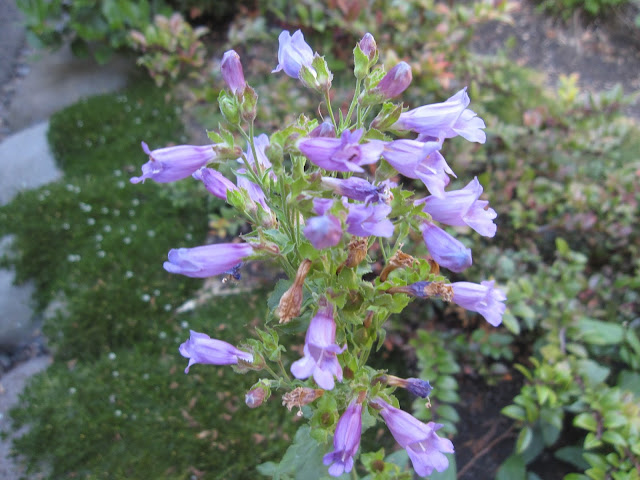 It's not in the ground yet, but I had to include my new Sphearalcea 'Newleaze Coral' from Xera Plants. Such a great color! 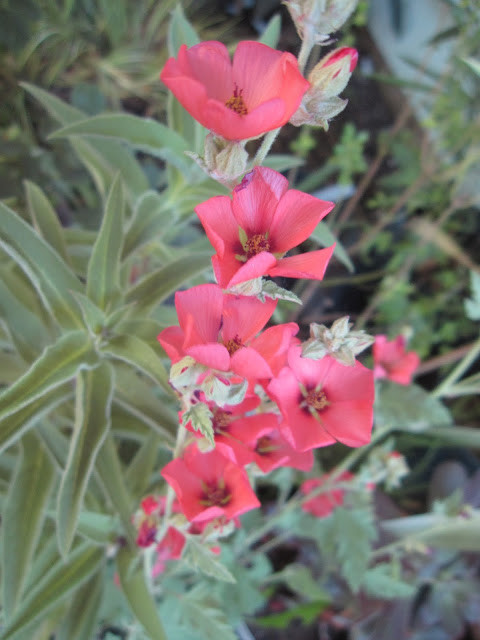 I like how Bloom Day helps me notice the tiny flowers of Sagina subulata. 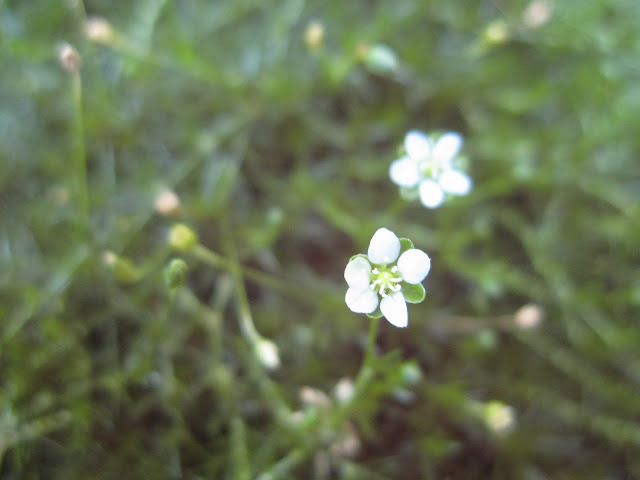 And the even tinier flowers on a volunteer patch of Corsican Mint. 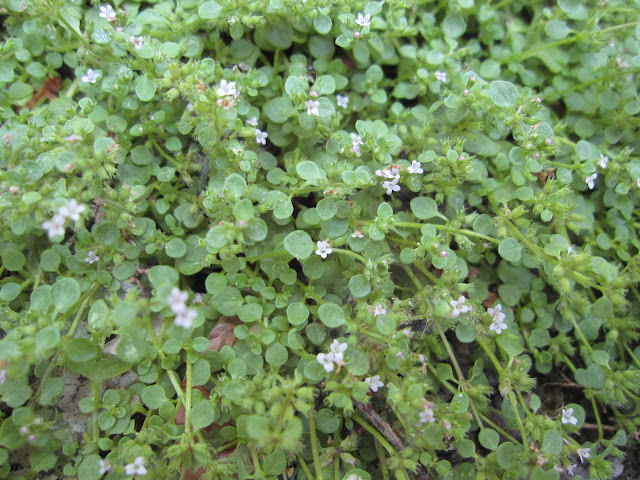 Bloom Day is hosted by Carol at May Dreams Gardens. Join her to see a multitude of fascinating blooms from all over this month.