Who likes the heat?

After several periods of record-breaking high temperatures in late June and early July, I'm looking around the garden with a new appreciation for some of the tough sun and heat-loving plants. The heat waves have been something of a do-or-die test because we have been away a few times and the garden has had to rely on our watering between trips. Let's see who's still reveling in the heat.

Echinops ritro. In addition to blooming like champs, they are attracting bees to boot. 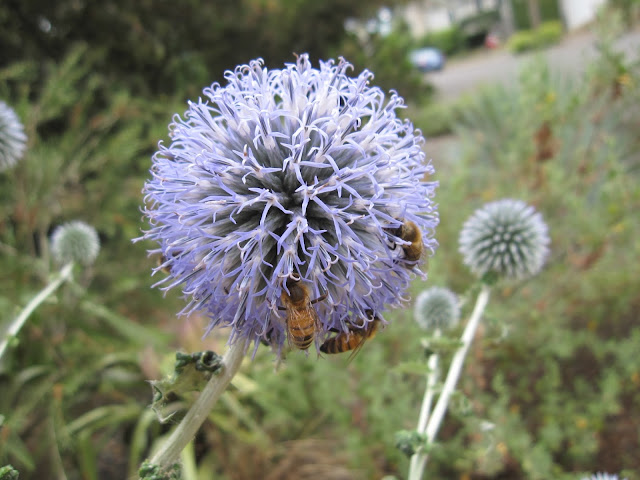 Punica granatum 'Nana' was a little sulky when it dried out, but once watered is blooming profusely. 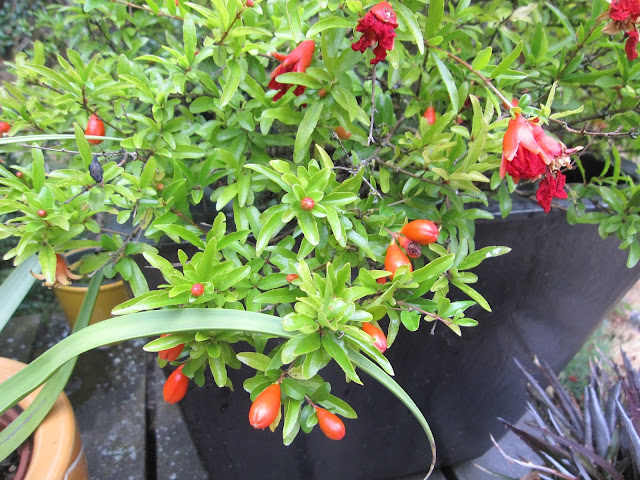 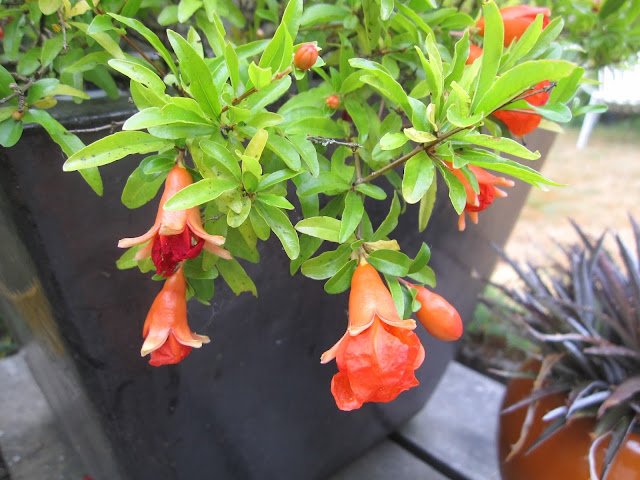 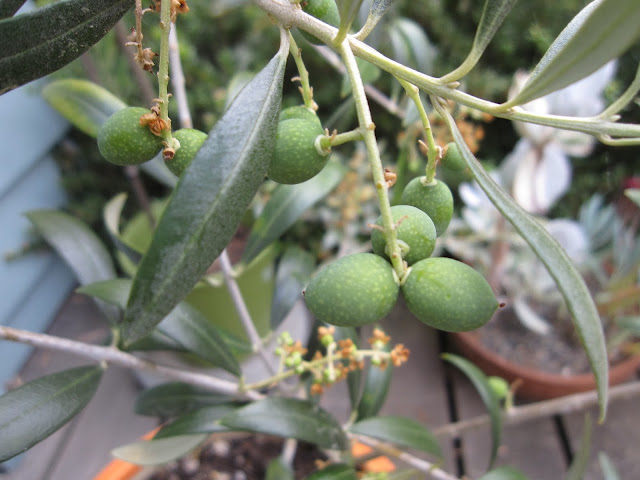 I've been waiting for this Grevillea australis, planted just this spring, to express its thirst. Today I discovered the Mulch Man has been giving it a small amount of water when he waters the roses, but not much. Winner - and so fresh looking! 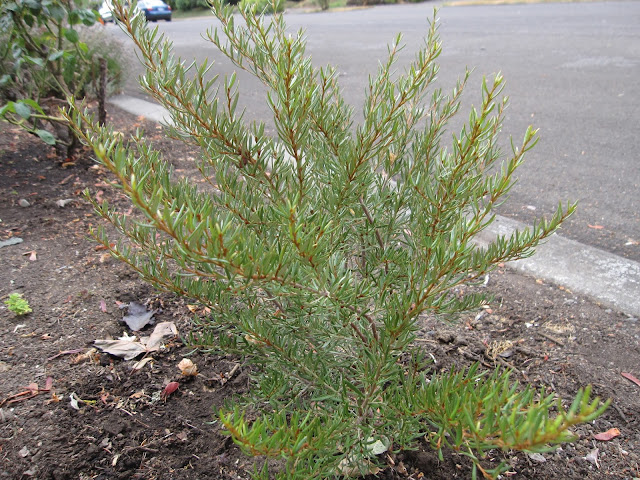 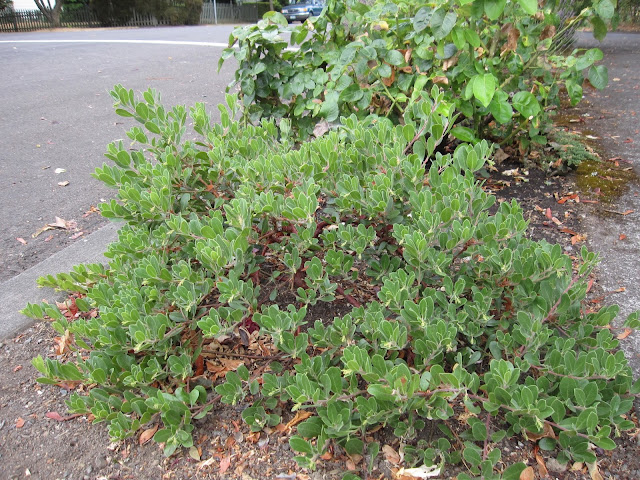 Given adequate water, the rosemary barrels in the driveway thrive in the heat and sun. 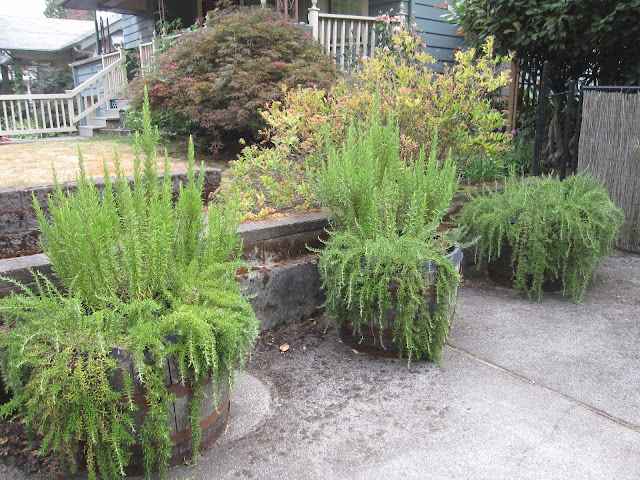 Lagerstroemia 'Natchez' has been getting water, because I want every one of these great white trusses to flower. The hot weather is kicking it into bloom almost a month earlier than last year. 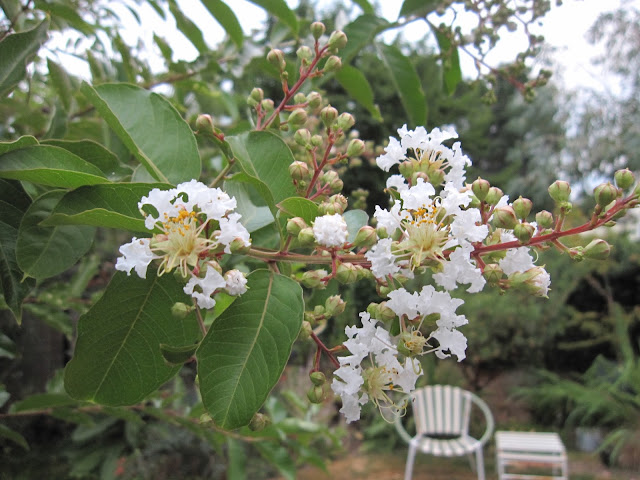 What grows and doesn't care about water when it's hot? Cactus! This one (likely Opuntia cacanapa 'Burbank's Spineless") started as a pad from Patricia's former garden that I rooted, then it rooted itself through the pot. Good thing I wanted it where the pot sat. It's a bit nibbled, which begs the question, "Who EATS a cactus?" 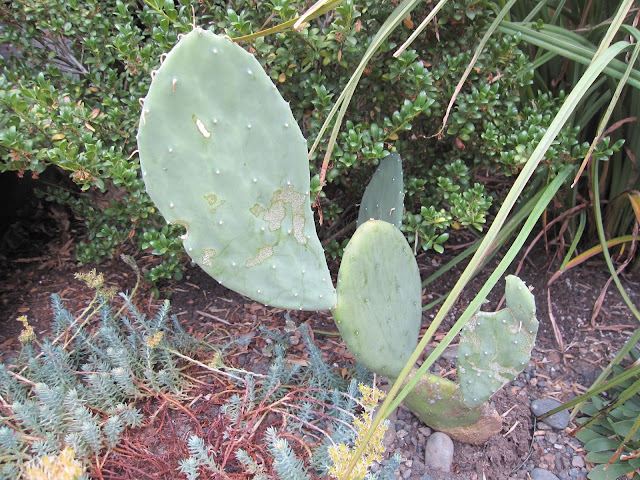 This is our second try at having Ribes sanguineum in the Northwest Territory. Except for a couple of toasty leaves, it's looking pretty happy with the heat. 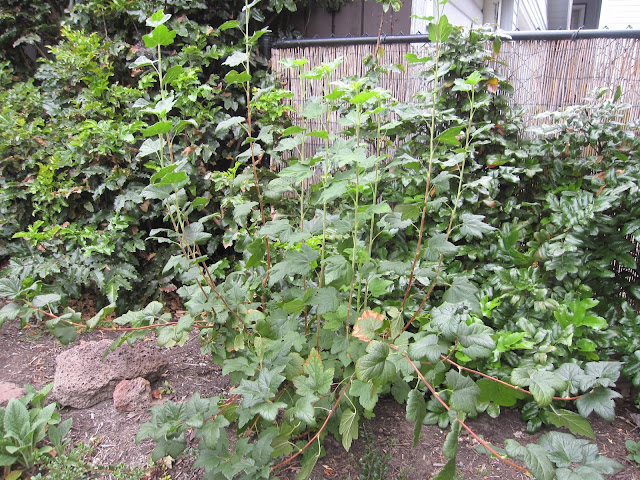 These Saracenia in a pot are soaking up the sun. As long as I keep them wet, they're happy. 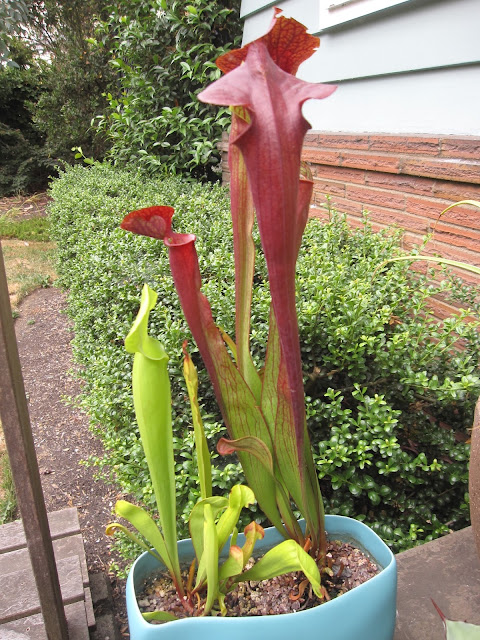 Eriogonum compositum has weathered the heat with aplomb. It seems born to it. 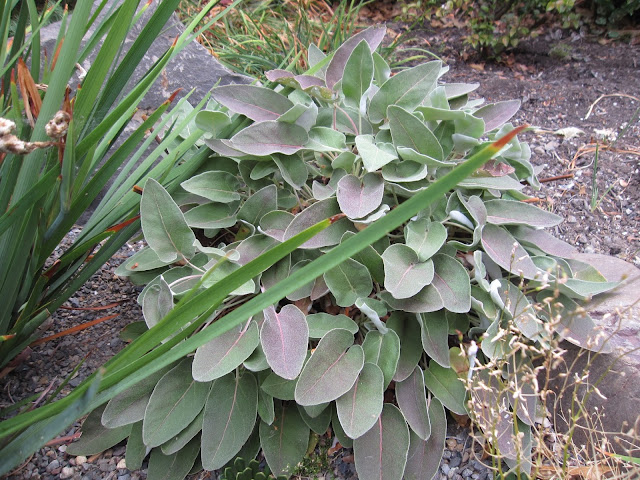 Two Eucomis comosa 'Sparkling Burgundy' snuggle under the Callistemon 'Woodlanders Hardy Red' and together the trio laughs at the sun. But despite the heat, Eucomis pole-evansii on the left didn't bloom this year. 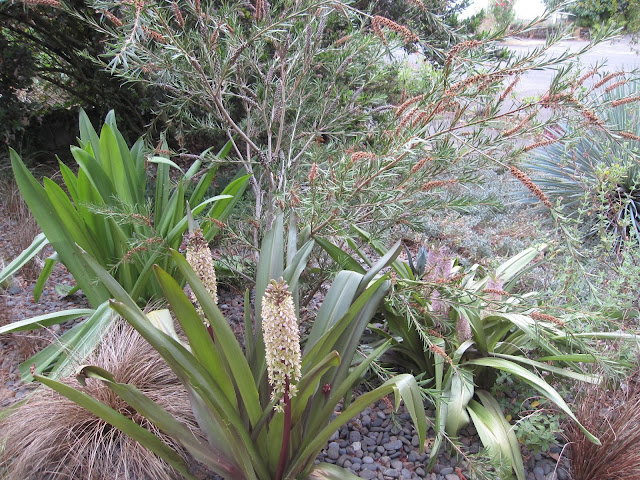 With regular but modest amounts of water, this grouping of Physocarpus opulifolius 'Summer Wine', Mahonia repens and Erigeron glaucas is perfectly happy in the heat.

The orange foliage of the Vaccinium ovatum in the center tells a different story: Several of the evergreen huckleberries are crispy from the intense sun on their fresh foliage. The fine foliage of the greener leaves to the right of the burned huckleberry is more typical - and happier. 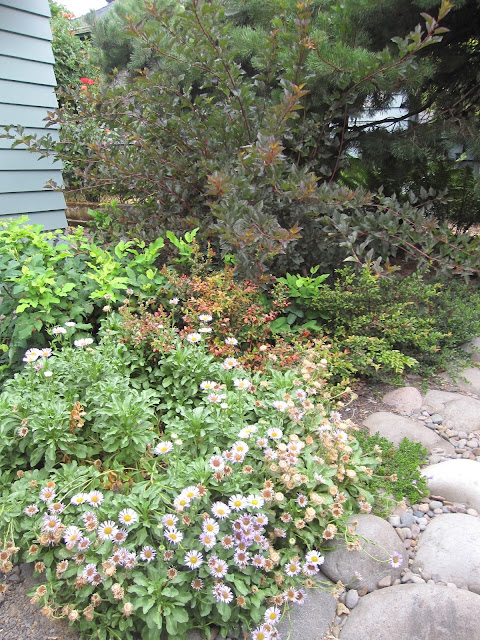 Acanthus spinosa was born to heat and sun. The turf grass to its right - not so much. We have stopped watering the grass in preparation for the patio and path project that begins in less than a month. Say buh-bye to the backyard lawn! I'll leave you with a grouping that was made for the heat. Yucca rostrata, Yucca 'Bright Edge', Halmiocistus wintonensis 'Merrist Woods Cream', an amazing NOID heather that has adapted to the setting, and Mexican feather grass. 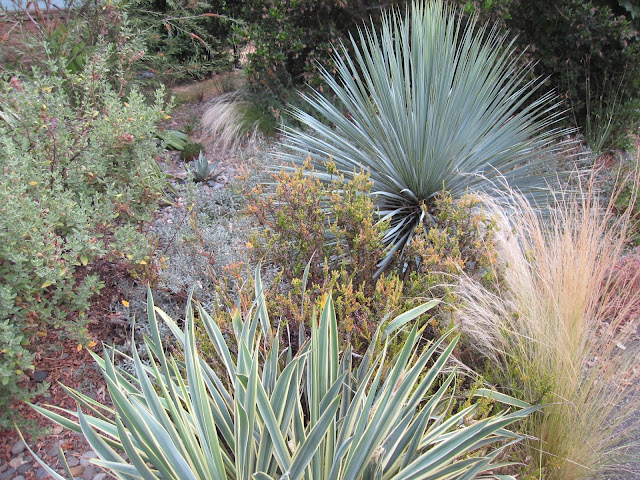 So bring on more heat: my plants can take it. As for me... after more than 25 years in Portland, I now have my very first air conditioner.