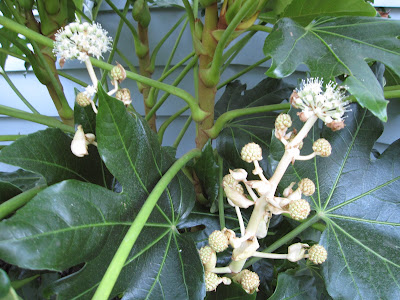 The Mulchmaid has been enjoying unmistakable signs of plant happiness this fall.

Both the fatsia japonicas have added a foot or two all around this year. And they are blooming for the first time with these white blossoms that look oddly prehistoric. They're weird, but I kind of like them. 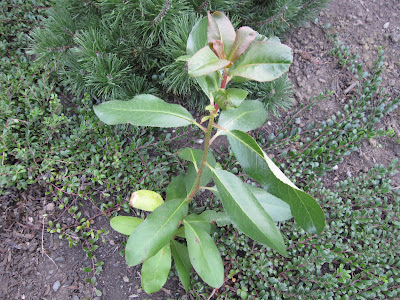 A mystery plant germinated and grew to about 18 inches this summer. I want to believe it's an arbutus menziesii seedling, but I'm unconvinced it's not just a photinia. If it is a. menziesii, it's a sign that one is needed in the Northwest Territory. Stay tuned for the further adventures of Mystery Plant. 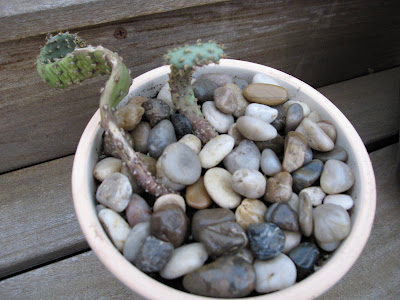 Over a year ago, a coworker gave me two opuntia paddles wrapped in paper towels inside a paper bag. I tucked the bag on a shelf last autumn, and promptly forgot about it. Early this summer, the bag came to light. Dang! I figured they were goners, but I half-buried the yellow, dessicated things in a couple of pots and waited.

Yes, one was truly dead. But the other sent out two stringy shoots that looked nothing like prickly pear paddles. Gradually, the paddle supporting the shoots rotted, so a re-planting was needed, burying the remains of the paddle completely. Above you can see the results. This is not exactly a success story yet, but it's quite a testimonial to the life force of opuntia. We'll see what next year brings. 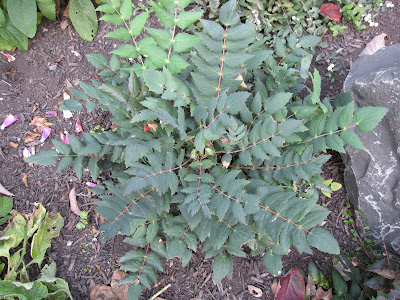 One of the strongest signs of happy plants is the number of seedlings I've found of plants that never re-seeded in my gardening past. Above is a two year mahonia nervosa, and below is a tiny seedling from it. 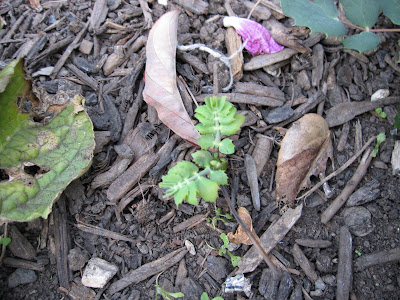 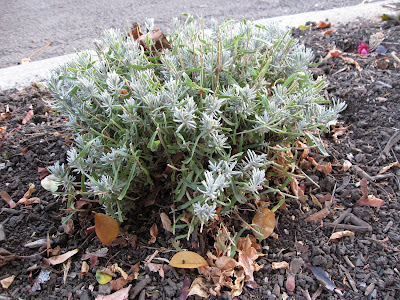 Along the street is a rose bed that was planted by the previous owners. I've posted before about my lack of commitment to hybrid tea roses. I planted some herbs for diversity and winter interest, and they are loving the location enough to reseed. Above, the parent lavender, and below, a seedling lavender. 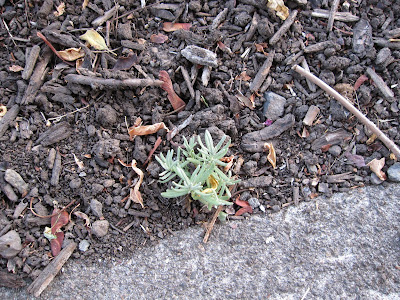 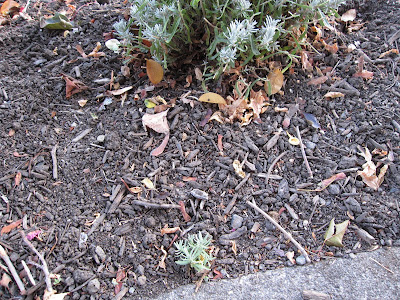 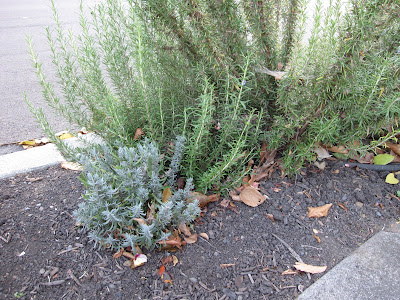 A rosemary of no particular variety has reseeded as well. We have happy plants! 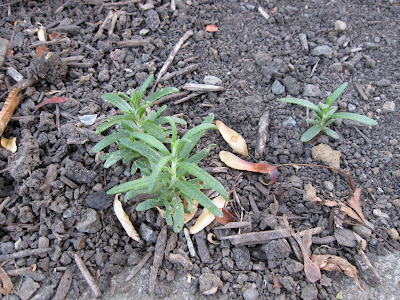 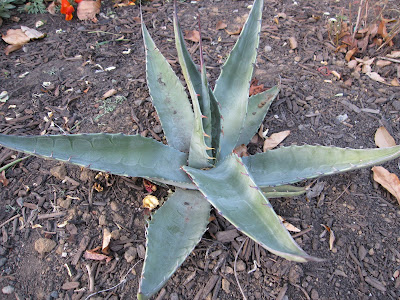 Last, my agave scabra has grown significantly over summer. I think it has doubled in size. 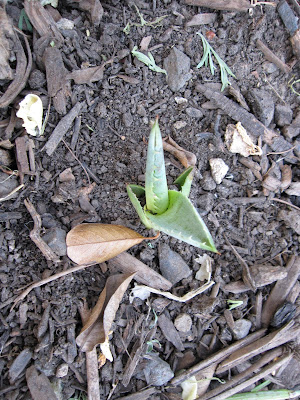 And yesterday I discovered what has to be its pup! But I didn't move this one from its mother's side. 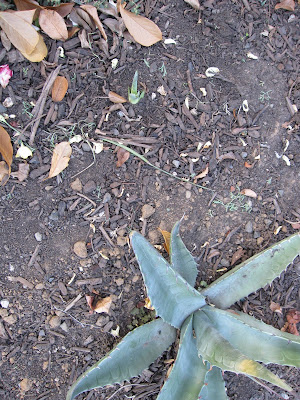 Look at the distance between the plants: the pup is a foot away from the mother plant. How can this be? I thought a. scabra would spread by offsets, not by rhizomes or runners. It hasn't bloomed, so somebody please explain this to me!
Posted by MulchMaid at 8:46 AM