A mass of grass 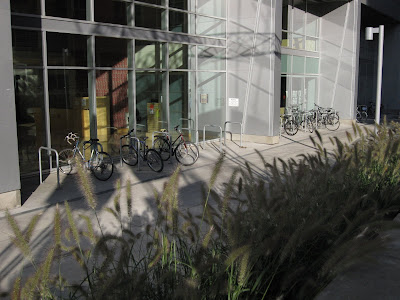 There's an interesting open space between two newer buildings on 4th Avenue in downtown Portland. To the north is the city's 1900 Building, shared space between the City of Portland and PSU, so it houses both the Bureau of Development Services and PSU classrooms. 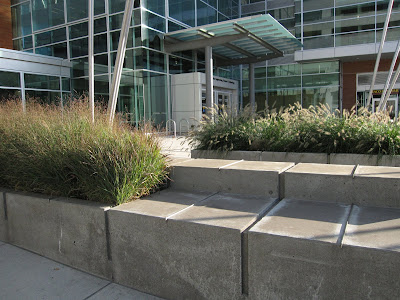 To the south, the plaza was developed when a new PSU computer science facility was built several years ago. The design is spare, with linear concrete planters and simple seats as part of the planters. In winter it's almost bleak, and in summer the plaza really cooks in the sun. 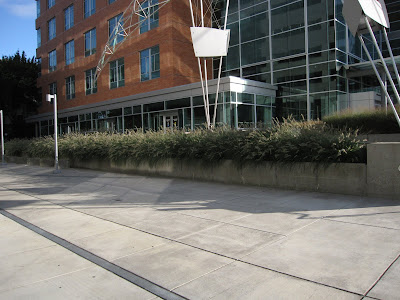 There are only a few small trees along the sidewalk, so whatever went into those planters needed to be very heat tolerant. 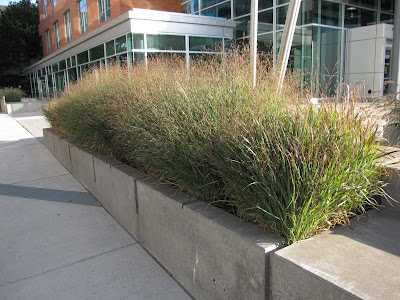 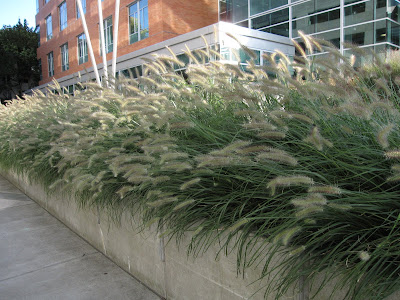 Although I'm not a big fan of single-species plantings, I think this grassy solution is both appropriate and beautiful. I don't know many grasses, so I won't hazard a guess as to the species. Ideas, anyone? 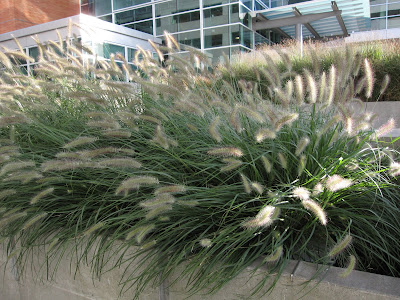 The grasses are in almost constant motion due to the air currents between the buildings. The waving plumes and sheer size of the planting makes me think about how the Great Plains might once have looked.
Posted by MulchMaid at 10:40 AM