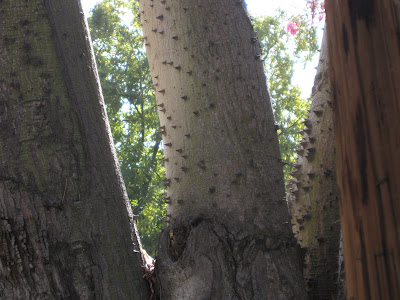 Early this month I spent a long weekend in Pasadena where we celebrated my mother-in-law's 80th birthday. We had lots of fun and family time and spent hours outside in several family gardens (more about that in another post.) I had hoped there might be time to visit the Huntington Garden, but that didn't work out. However, I did get to take a nice walk close to her home on a warm, sunny afternoon (my favorite kind.)
Above, this tree has amazing spikes on its trunk. Can you believe the soft pretty pink blossoms it has on its canopy, below? What a contrast! 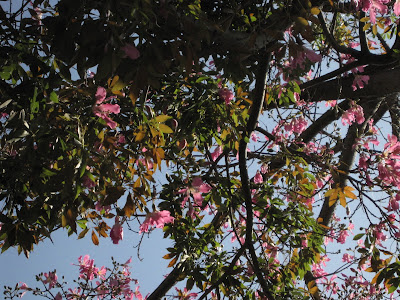 Lots of aloes and agaves grow like weeds there. They just don't know how good they have it! 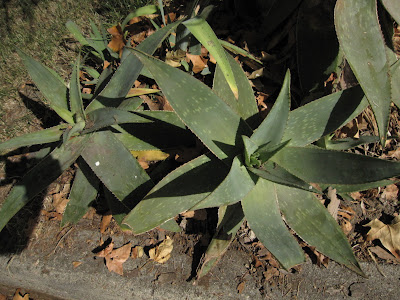 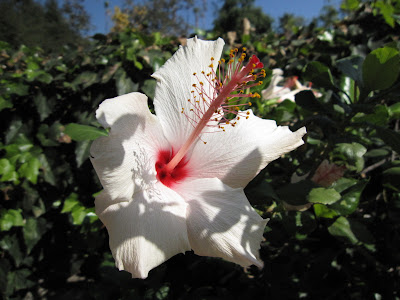 There was a street nearby called Boulder Something (Way, Street, Drive, I can't quite remember.) It's easy to see how it got its name, though. I loved the grasses nestled next to the big rocks, and prostrate rosemary tumbling over them. 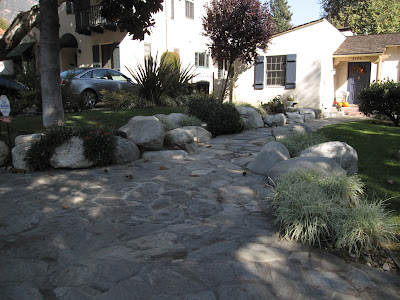 Jade trees grow as big as...trees. And they're lush and full. 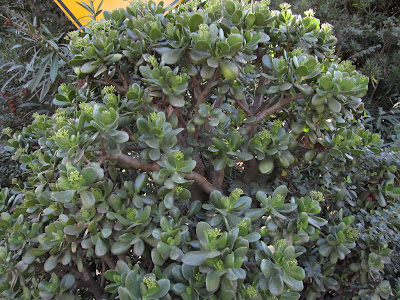 I was happy to recognize Agave attenuata. These were beautiful big specimens along a side road. 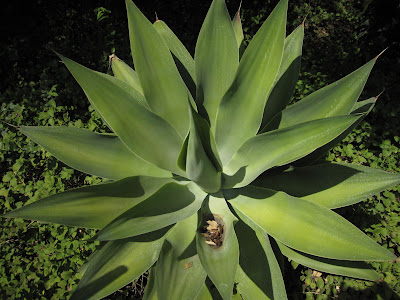 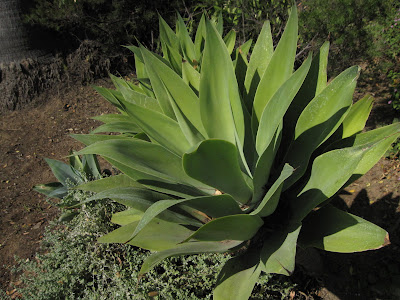 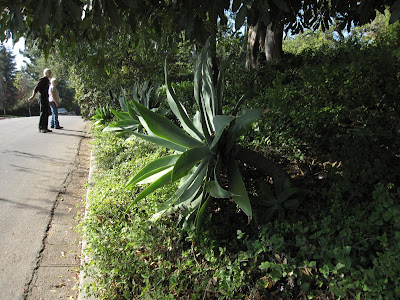 They were holding their own against ivy. Just look at the size of the trunks. 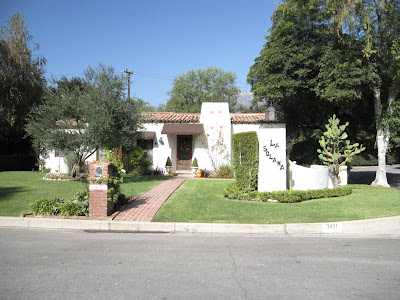 There was a street of lovely Spanish-style houses near where I was staying. The homes were obviously developed and built at the same time, but each one was different. La Solana was filled with appropriate plantings of mostly drough-tolerant species. 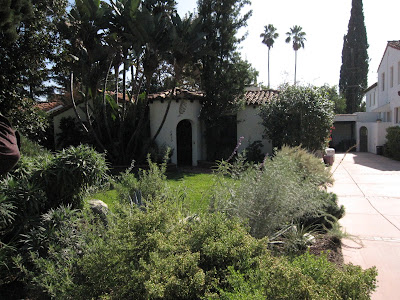 Of course, everyone has a lawn, as well. 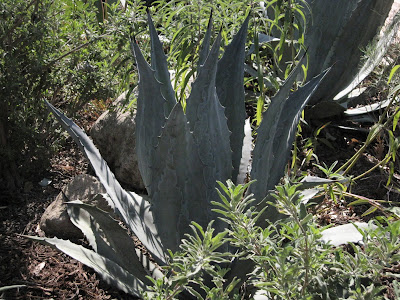 A nice big agave (a. scabra or maybe a. americana?) This one had beautiful leaf impressions on it. 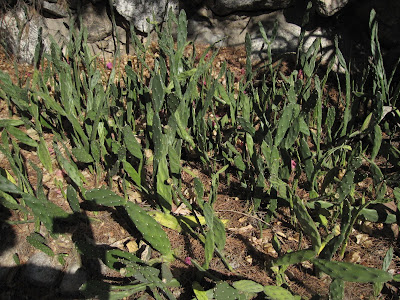 A stand of low-growing cactus. This crop was functioning nicely as a groundcover. 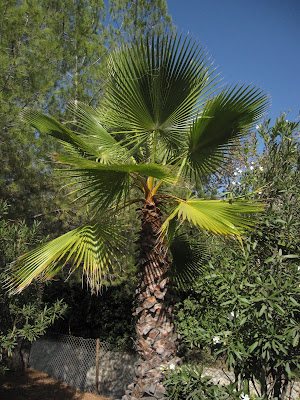 This is either Trachycarpus fortunei (Chusan Palm), or Washingtonia filifera (Mexican Fan Palm), but the dead fronds have been cleaned up so I can't tell for sure. I love the way the fresh, green fronds shine in the sun. 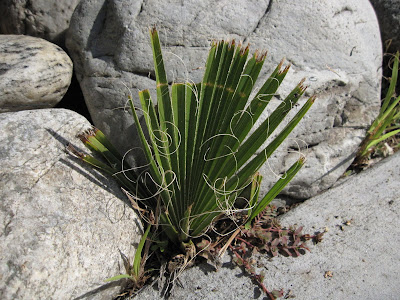 A baby trachycarpus or Washingtonia. There were saplings sprouting out of the most inhospitable ground around two mature specimens. I wanted to dig some up and give them a happy home in Oregon! 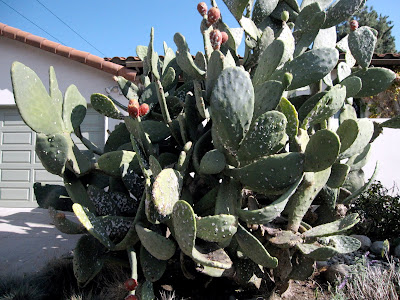 The size of some opuntia plants in SoCal is staggering. 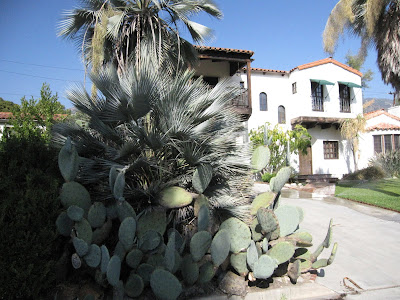 A beautiful palm and cactus grouping on La Solana. 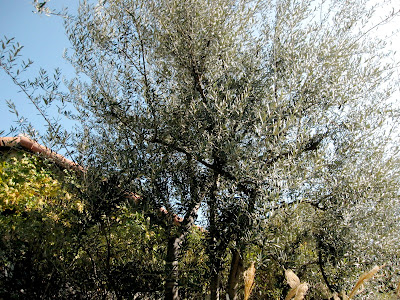 An olive tree. Can't wait for mine to get that large. 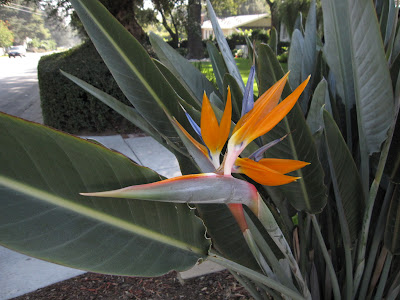 Strelitzia reginae. The Bird of Paradise Flower is perfectly named.
You've probably figured it out by now...the MulchMaid is a not-so-secret wannabe Southern Californian!
Posted by MulchMaid at 4:13 PM