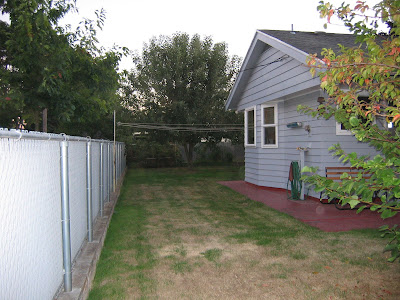 Over at Danger Garden, Loree recently invited her reader/bloggers to join her in posting a then-and-now retrospective of their garden progress. I loved the idea, so my next few posts will focus on areas of our back garden that have undergone transformation since we moved in in 2007.

To set the scene, see the picture above (looking south): our backyard is a flat-sided hourglass, with larger areas north and south, and a narrow neck in the middle. The entire backyard was circumscribed by a four-foot chain link fence with gray slats. You can see the grassy bowling alley we inherited from the previous homeowners in 2007. 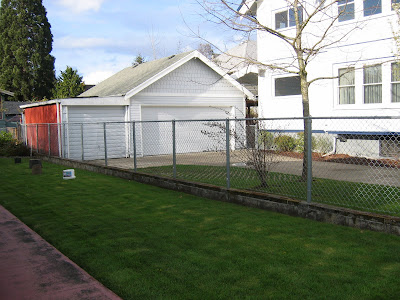 We spent the winter following our purchase of the house planning a complete re-do of the backyard. As much as we hated the chain link, it would have been prohibitively expensive to replace its nearly 200 running feet with something we liked better. Above, looking north, using buckets and pots to plan the location of trees. 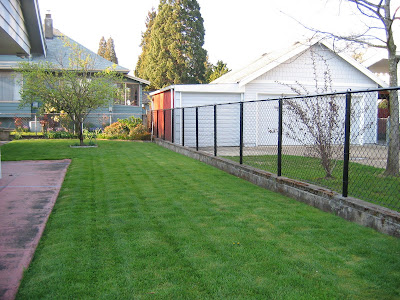 March 2008: We yanked the plastic vanes out and painted the fence black to help it go away visually. 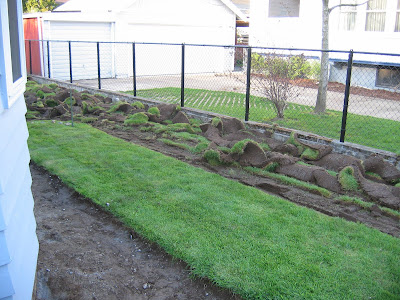 April 2008: The landscape crew removed grass and quite a lot of concrete walkway up next to the house. 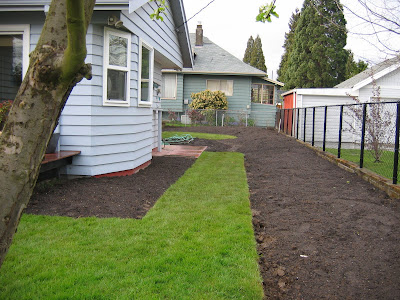 More soil has been brought in and the new beds are amended. 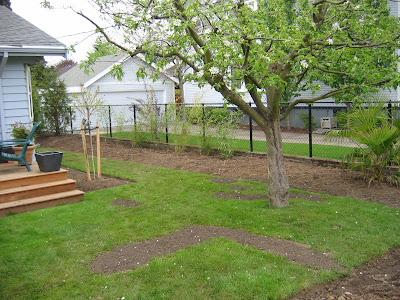 May 2008: I have just planted bamboo along the fence in the tropical area. I posted earlier about the bamboo barrier and planting here. 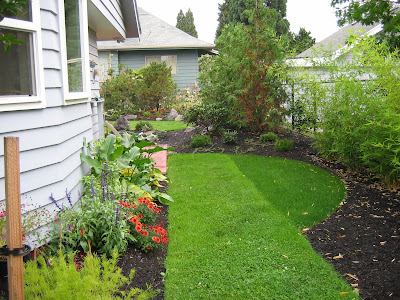 September 2008: In a surprise move, we added back some sod(!) The plan is to bump out the bed on the left and still have a walkway to the north area. 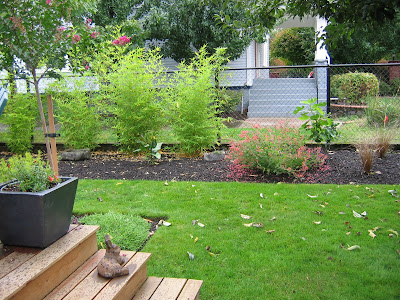 A shot of the bamboo, which was filling in nicely by September. 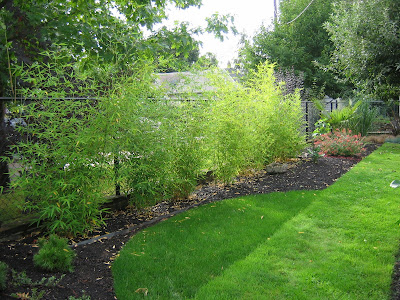 The same area, but from the north. 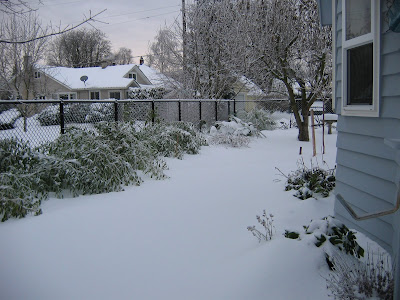 December 24, 2008: Amazingly, the bamboo bounced right back after the snow and ice melted. 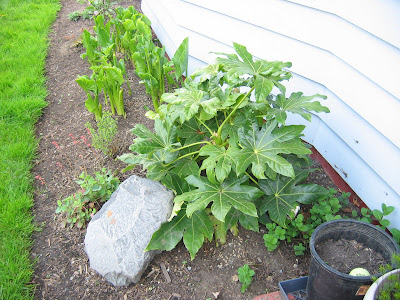 Spring 2009: The fatsia japonica and some callas I transplanted from the front of the house are doing their spring thing. 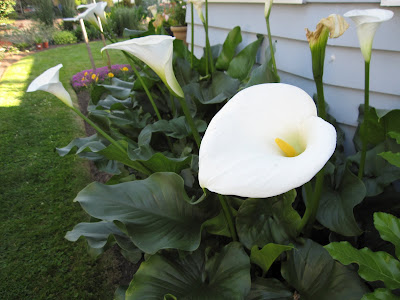 May 2009: these may be common callas, but they are beautiful, healthy, and add a wonderful tropical note to the garden. 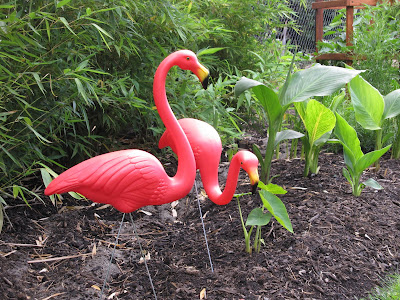 June 21, 2009: George and Martha came to the tropics for Fathers Day. The assorted cannas are finally leafing out. 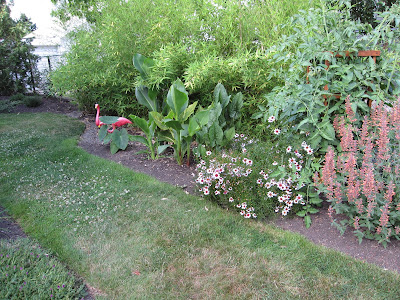 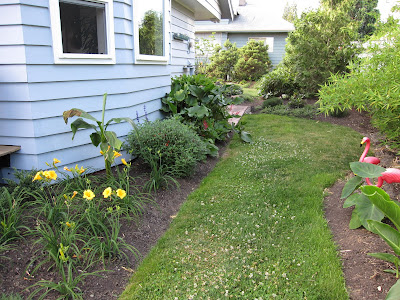 Later that summer, a musa basjoo joined the group. In hindsight, I see I should have planted it further away from the house. 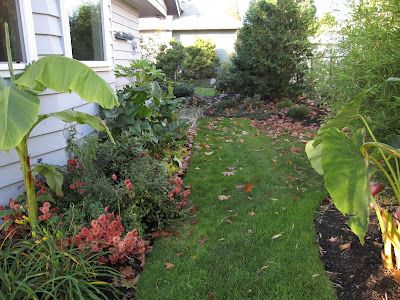 October 2009: The banana is getting bigger, but behind it the bed has become a bit of a catch-all for the plants I didn't immediately have another place for, like a cinnamon-colored chrysanthemum and some hemerocallis Stella d'Oro. But on the right, huge colocasia leaves are a wonderful accent. 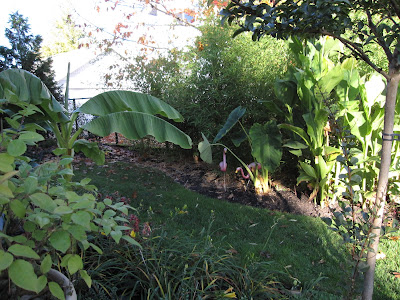 Have we achieved tropicalissmo? I need more ground-level plants, and the bump out isn't done yet, but I think we're getting there. I also need to get the inappropriate plants out of the beds and replace them with more tropical-feeling selections. One irony is that some of the largest-leaved plants have ended up with the smallest footprint to call their own. I have a feeling we'll be expanding the tropical area southward in future years.
Posted by MulchMaid at 7:58 PM